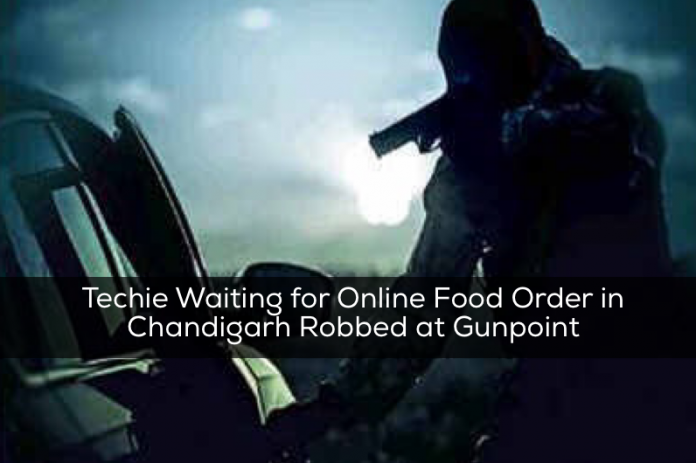 A visit of a 37-year-old software engineer from Gurgaon to his office branch in Chandigarh turned into a nightmare. On last Monday night, he was robbed of his car at gunpoint at Rajiv Gandhi Technology (IT) Park, Chandigarh.

Aditya Dhindwal of Rohtak had driven down to the city for his assignment. As per his statement, after completing work at the DLF building around 9.00 pm, he placed an order for food online. He had stepped out when the delivery boy called him for his location.

Dhindwal added that he told him he was standing at the parking near the building. It started drizzling, so he went near his car (Hyundai Verna). When he opened the door, a man came from behind and caught hold of it. Another one grabbed and pushed him. One more person appeared and pointed a gun at the victim. The three got in the car and drove away. In his complaint to the police, Aditya said his laptop bag, wallet carrying some cash; a mobile phone and other documents were in the car. His sweatshirt was also torn in the melee. Aditya reported the matter to the police.

Later, the phone was found dumped near the crime spot.

IT Park police recorded his statement. A case has been registered under sections 392 (robbery) and 34 (acts done by several persons in furtherance of common intention) of the Indian Penal Code and sections of Arms Act.

Footage from closed-circuit television (CCTV) was obtained from different locations and being scrutinized. Teams had been dispatched to different parts to nab the culprits.