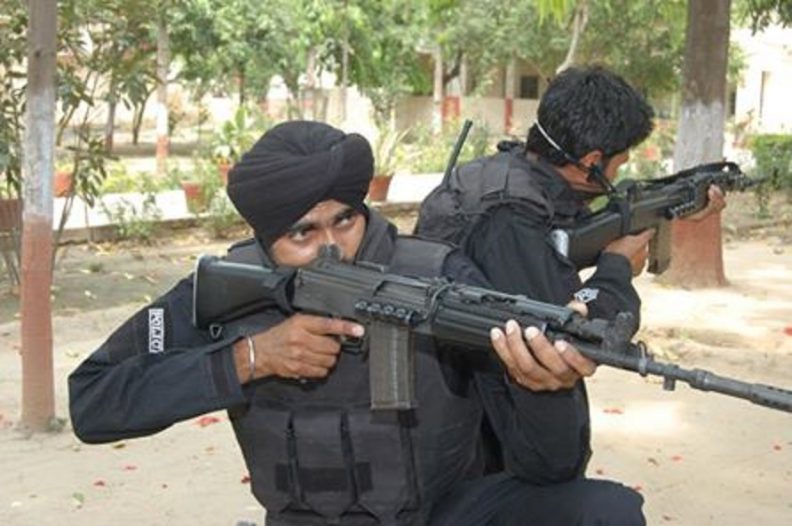 You must have heard about the sophisticated SWAT team of USA and back home the glorious story of how SWAT team of Punjab Police efficiently handling the counter-terrorist operation at Gurdaspur in 2015.

Well, a similar advanced SWAT team has been created for Panchkula too.

In a move aimed to tackle terrorism and deal with major law and order problems such the one witnessed in the city during the Jat arakshan protest earlier in 2016, Panchkula now has its own quick response team. The team comprises of 10 special weapons action and tactics (SWAT) commandos and an anti-riot vehicle (ARV).

The ARV has been connected to the control room and has started its duty in the city. The ARV is capable of “dismantling a crowd of hundreds” in a matter of seconds and is equipped with a gas gun, a light machine gun and a plastic fire gun. The team will be given some additional responsibilities as well. These include anti-terrorist campaigns, security of VVIPs and disaster management during earthquakes, major fires and other calamities.

The vehicle keeps changing its position every hour in the city. Locations in its route include national highways, the Bella Vista roundabout, the Majri roundabout, the rally barrier, Gandhi Colony in Mansa Devi Complex, Sector 16, and the roundabout of Sectors 11 and 15.

The only other city in Haryana to receive a similar team is Gurugram.