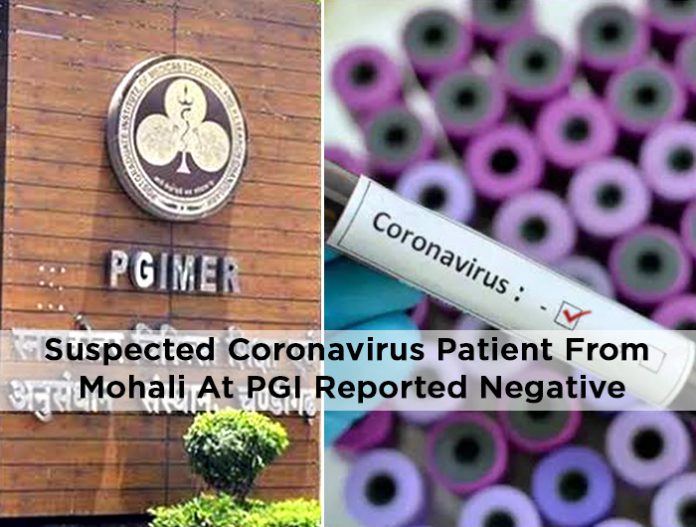 In a major relief, medical tests of suspected Mohali coronavirus patient admitted in PGI on January 27 has reported negative.

The National Institute of Virology (NIV) Pune confirmed this here on Wednesday. PGI had forwarded the patient’s test samples including his throat swabs and blood samples for the H1N1 and nCoV tests. As per Dr. Vikas Suri, Department of Internal Medicine, PGI, none of them are positive.

He added that the virus strain was new. Thus, there would be many cases. The same happened with H1N1. It made inroads in the country. Now, its mortality and prevalence had been declining.

According to a statement by the PGI, the patient was stable and was discharged on Wednesday.

The 28-year-old man was the lone suspected case. He was kept under observation at an isolation ward in the PGI. He was hospitalized with high-grade fever and some nCoV-like symptoms. He had recurrent fever three days after his return from China. The country was the epicenter of the outbreak.

The patient’s family members were also quarantined at home. The ones with a travel history to China recently had been asked to stay at home. The reason was that they had shown no symptoms.

This is the only sample sent to NIV Pune from Chandigarh, Punjab and Himachal Pradesh till now.