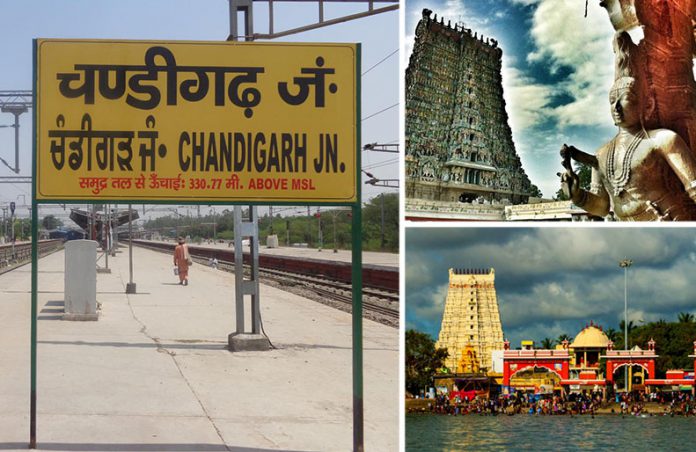 Come November, and city beautiful gets a gift from the government. A train specially, dedicated to take passengers from Chandigarh to South India, is going to be flagged off.

The IRCTC has introduced a special tourist train for people travelling from Chandigarh to South India. The tourist train, called Dakshin Bharat Yatra, will be flagged off on December 1 AT 7 am from the Chandigarh Railway Station.

What does the Dakshin Bharat Yatra package consists of?

Here is a sneak peek in the holiday package-

→ Accomodation in non-AC dormitories, tour escort, security on the train and tourist buses for sightseeing and three vegetarian meals a day.

→ There are 800 seats available for the tourists.

What do the people think about it?

The IRCTC has received a bumper response from the public. Around 700 of the seats have been booked as stated by one of the IRCTC employees.

Why is this a great initiative?

♦ It has been scheduled in December – so it is best suited for vacation goers, as winter holidays start around this time.

♦  Winter begins around this time, so it is the best way to beat the chill.

♦ You have to spend approximately Rs 950 a day to avail the package. It is too economical.

Book your tickets and head to Dakshin Bharat Yatra.