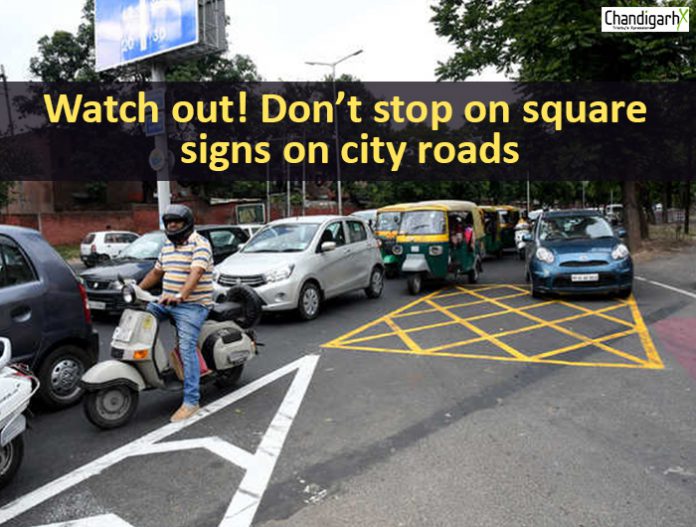 Smooth and efficient traffic flow ensures proper movement to take place. In The City Beautiful, roads, streets and paths are constructed to align in such a manner that adds up to its effective management. Road infrastructure is the foundation of our society. Hence, traffic on these routes should be carefully managed. One such example is the drawing of big square signs on slip roads in the city. This initiative is to warn motorists not to halt vehicles and avoid congestion. There are four such signs on the Sector 32/33/20/30 roundabout. More would be introduced in other parts of the city.

The aim is to let motorists know from a stretch that there is a slip road ahead. So they should not overcrowd and give way to other vehicles to pass. Presently, these signs can be seen on just one rotary. In due course, they will be put up in other parts also.

As of now, there is no information about these new signs. People seem to be confused over the reason behind them.

The intention of the Administration seems to be right, but they should also make people aware about it. After sometime, if the traffic police start challaning those for violating the rule, its purpose will be defeated. Just like any other road sign, a board for this too can be put up. Or, a newspaper advertisement for the coming up of new regulatory signs will bring up the attention of the general public.

Since the previous year, the traffic police are challaning for wrong parking. However, we hope there is no such plan to now challan for stopping on this new sign.