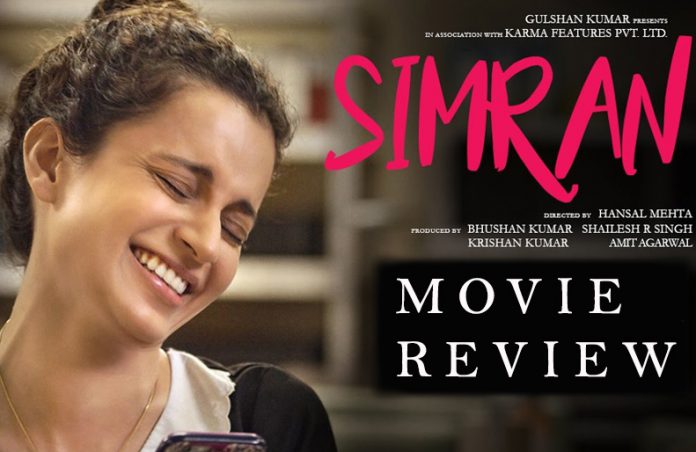 Rajat Sharma could have brought a lot more out of Simran than what Hansal managed to do. Sharma definitely deserves a share of profit if this film turns profitable. 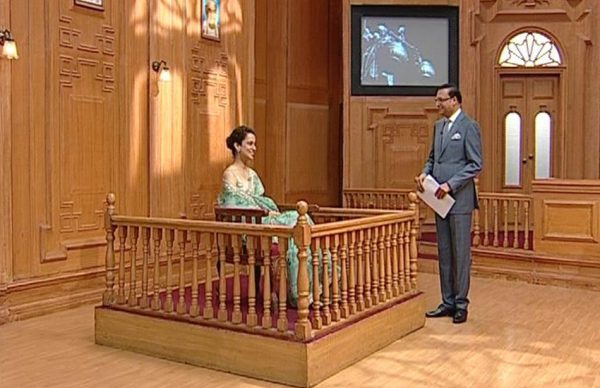 Simran is inspired by a spate of somewhat run-of-the-mill real-life bank robberies in the US in recent years, including the most prominent of the lot: the drama surrounding the woman who came to be known as America’s Bombshell Bandit, a young, glamorous Punjabi Sikh nurse called Sandeep Kaur who robbed a string of banks over a five-week period in the summer of 2014, before being arrested by the police following a high-speed highway car chase. 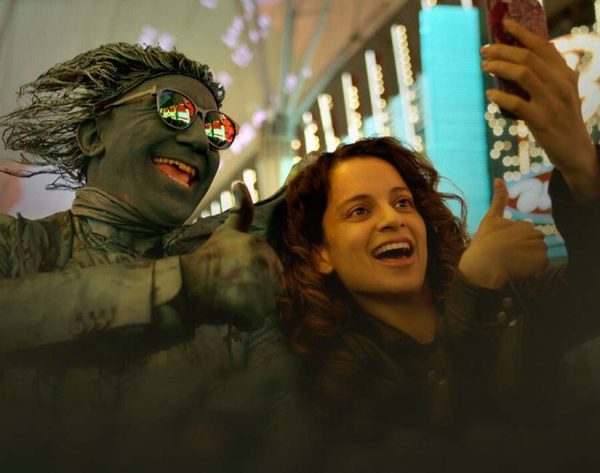 Praful Patel a 30 year old Gujarati divorcee who lives in Atlanta, US and works in the house keeping department of a five star hotel unwillingly lives with her parents. Her parents are not happy as she is divorced and is saving for her own apartment. When her father asks her, “Why do you need a house?  To bring boyfriends over?” She responds with a blunt YES without a blink.
She is a carefree spirit who does not want to be tied down by tradition and meaningless customs, and she’s feeling suffocated by their narrow vision for her life when we first meet her. A visit to Las Vegas for her cousin’s wedding changes her life forever.

Director Hansal Mehta must be applauded for his confidence in the script. Kangana yet again delivers a very powerful performance. But that is all it has, director’s conviction and a dedicated actor. It is not everything to give the viewer an amusing experience. Though this is not to suggest that Simran is just a pale character but she does not look like a heroine of a crime saga. Maybe that is the USP of this movie. She is not different from us. She is you or me gone completely wrong. She has not suffered any great pain, poverty, affliction or abuse. That is why you can relate to her struggles. It is interesting to watch how she turns to crime just like a lioness once she tastes blood. The narrative is slow and at times you just get lost. But Kangana pulls you back. That has been the case with every film of hers after Queen. Kangana overshadows her characters, it is a good thing but can be futile in some cases. 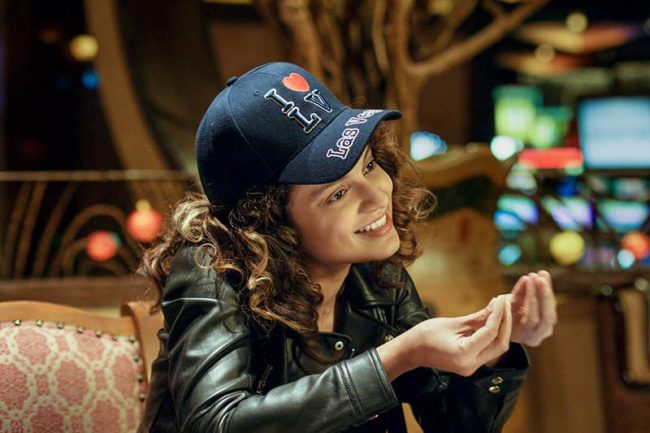 But mind you Simran is no Queen. She is nowhere near. You see her struggles with racism at times but the film does not dwell on the issue and it is disappointing. As you may be wondering why is the review all about just the lead. I could sound very rude here but it is because that is all this movie has. Not even a single supporting actor is good enough. But of all Sohum Shah is terrible I tell you. He tries too hard to match up to the level of Kangana and fails miserably. Yes we get it, it is all about the woman empowerment and what not but this does not give director the liberty to just rely on Kangana’s shoulder only.
Songs are just there to steer the story forward but don’t make any impact otherwise. ‘Jado Nacche Baby’ a wedding number does not even fit the tone of the film.
Simran has come to theaters with an ugly controversy over it’s writing credits.  The final rolls read: story, screenplay and dialogues — Apurva Asrani, additional story and dialogues — Kangana Ranaut. You see it is just Kangana everywhere. So if you are a diehard Kangana Ranaut fan then do not miss this. Queen made you want to fly to Amsterdam but Simran does not make you want to do anything but go home and sleep.  This butterfly did spread all her wings with all the grace in the world but just couldn’t fly.

Ummmm maybe not the sixth one.

But I am afraid there would be any success party for this movie for Hrithik to dance on. 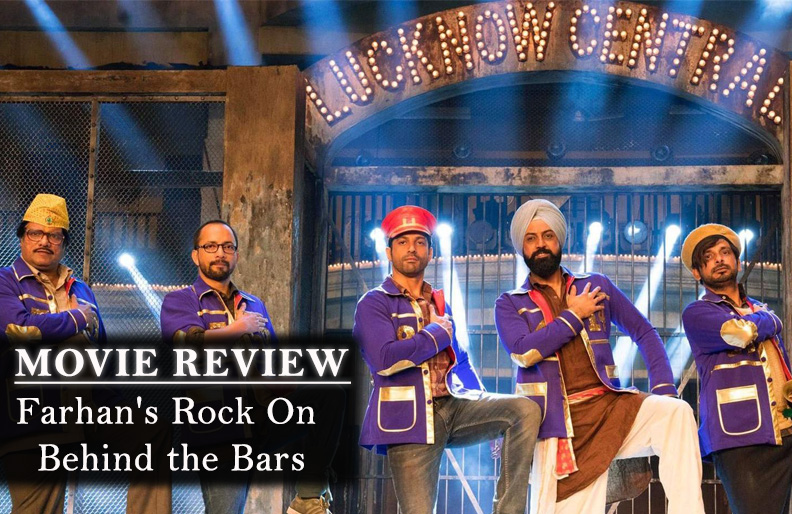