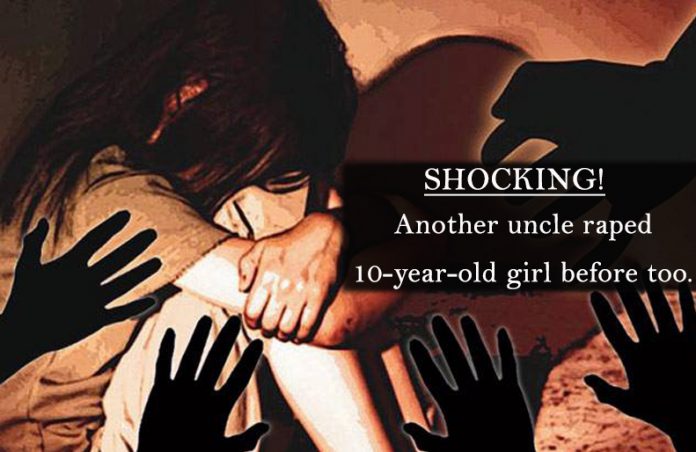 The 10-year-old girl being impregnated by her own maternal uncle and judiciary dismissing her plea for abortion on the grounds that abortion would be detrimental for her life… For past 5 months, not just Chandigarh but the whole has felt all sorts of emotions; sympathy for the little girl who played with her toys oblivious of the fact that she would be mother soon and disgust and exasperation for the heartless uncle who repeatedly kept raping her for over months.

Soon after the birth of the baby girl, the police and the world were bewildered to find that DNA samples of the baby did not match with the accused who hitherto had been thought as the father of the baby.

The girl was raped before too

Chandigarh police widened the scope of the investigations to nab the other person who also raped the girl. During the child counselling sessions, the victim revealed that she was raped by her second maternal uncle too.

Police has filed charge-sheet in court

On the basis of her statements, along with her mother’s, police has filed a 150-page long challan against him in the local court. In the charge-sheet, police have listed 20 witnesses against the accused. The police said that the second uncle had confessed having raped her before the other uncle began sexually aasaulting her. In its report submitted in the court, the police has maintained that the DNA samples of the second uncle match with the baby.

Charges were filed against him under section 376 (punishment of rape) of the Indian Penal Code (IPC) and section 6 (punishment for aggravated penetrative sexual assault) of Protection of Children from Sexual Offences (POCSO) Act.

Background of the heart-wrenching case

The pregnancy of a 10-year-old girl came to limelight when she complained of abdomen pain and her mother took her to the doctor and there it came to be known that she was 32 weeks pregnant. The case hit the world headlines when the district court and then Supreme Court dismissed her abortion application, citing medical reasons. (Indian lawn does not permit pregnancy terminations after 20 weeks unless there is a threat to either the life of the mother or her child. In this case, the court relied on medical board’s opinion who maintained that the rape victim’s life could be endangered if pregnancy is terminated)

On August 17, she gave birth to a baby girl through a C-section.

October 10 | DNA samples of the second uncle match with the baby, says report that police submit in court

Trial against both the accused will run separately.