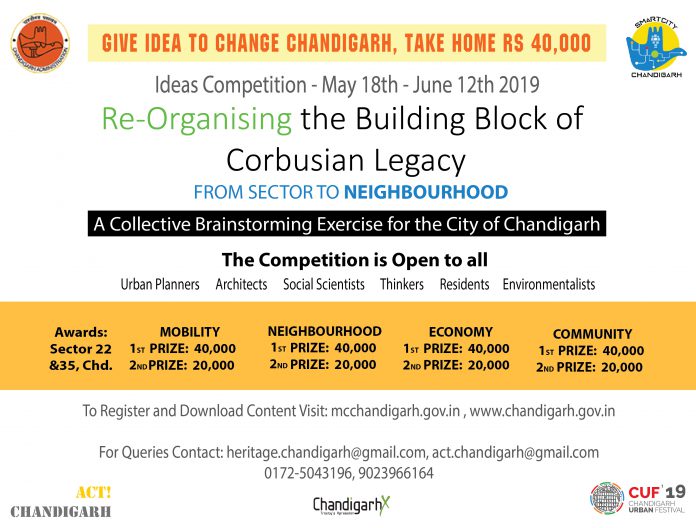 If you are not happy the way changes have been made in ‘developing’ Chandigarh, here’s a chance to have your say and, possibly, get richer while you are at it. The UT administration and Chandigarh Smart City Ltd — the special purpose vehicle, or firm, launched to implement Centre’s flagship scheme — have collaborated with the collective ACT! Chandigarh to launch an ‘ideas competition’ in which winners and runners-up in four categories for two sectors will walk away with cash prizes of Rs 40,000 and Rs 20,000.

In all, there are 16 prizes up for grabs. Entries for the contest opened on May 18 and will close on June 12. According to Shilpa Das, a founder member of ACT! Chandigarh, the entries are open in the categories of mobility, neighbourhood, community, and economy. The competition is open to all and the entries have to be submitted in an A1 sheet.

So far, there have been 21 registrations for the competition. Also, there is no need to register in advance before submitting an idea. For now, the ideas are to be submitted for sectors 22 and 35. A resident can enter any category for any sector.

Elaborating on the categories, Das said mobility meant improving last-mile connectivity, public transport having shorter routes for bicycles and pedestrians, and many more.

The neighbourhood category could be an intervention to make neighbourhoods more interactive and have more functional spaces, says Das.

The community category could be anything which involves the community of a sector, be it for garbage composting or segregation.

In economy category, residents could suggest ways to make city spaces more economically viable. For example, suggesting ways to change street vendor rules in such a way that they are acceptable to all.