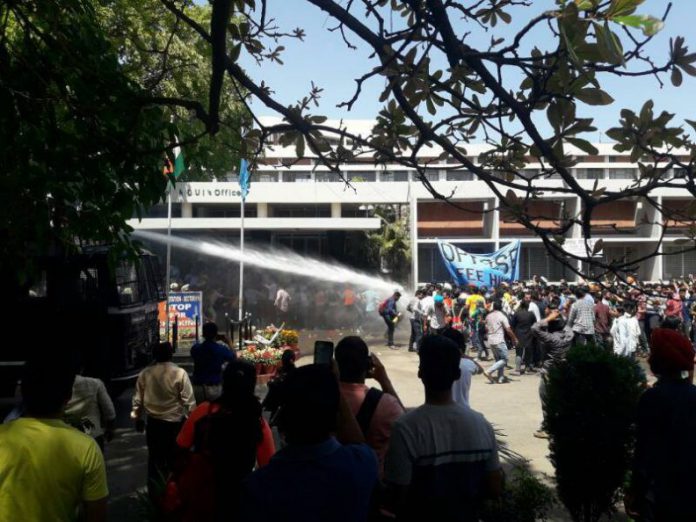 Sedition charges against PU students protesting against fee hike have been dropped. The police maintains the slogans were not raised against the country but against university administration, UGC and HRD ministry. So, sedition charges hold no ground.

Ashwani Kaul, PU’s chief security officer, said,”Initially we said there were slogans against the state. But when I got to know that the police were slapping sedition charge, I personally went to police station and clarified in writing that the slogans were raised against UGC (University Grants Commission), MHRD (ministry of human resource and development) and PU.”