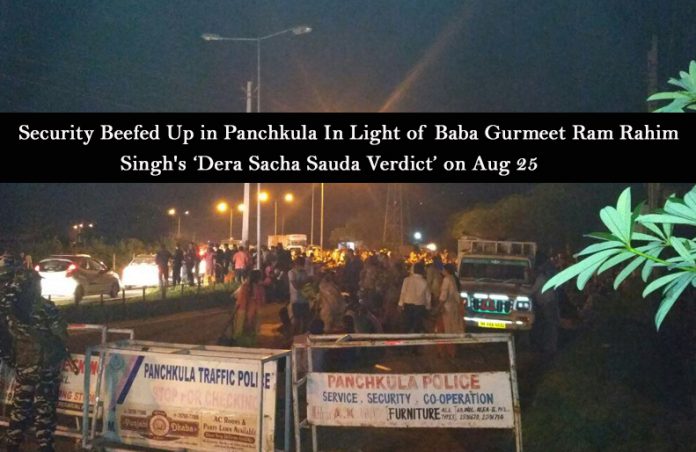 Reportedly over 1 lakh of his followers from different parts of Haryana, Punjab and UP have  already reached Panchkula and number is swelling with every passing hour. Despite security agencies checking auto-rickshaws buses on the Zirakpur-Panchkula highway and stopping several vehicles at Zirakpur main chowk, the followers walking by foot couold not be stopped. In Panchkula’s Sector 23 there’s Dera Sacha Sauda’s Naam Charcha Ghar, where many people have gathered. Apart from this they have occupied parks, footpaths around as the space at that place is limited.

The case of sexual exploitation was registered against Dera Sacha Sauda chief in 2002 by the CBI on the directions of the Punjab and Haryana High Court after anonymous letters were circulated about the alleged sexual exploitation of two female followers. Singh was accused of raping them inside the Dera campus on the outskirts of Sirsa town in Haryana. The charge sheet in the case was filed by the CBI on July 30, 2007. The Dera chief has denied these charges.

The allegations had been made in an anonymous letter to then PM Atal Behari Vajpayee and the then chief justice of the Punjab & Haryana High Court. The letter had said that Gurmeet Singh had raped a woman follower multiple times in the dera’s ashram on the outskirts of Sirsa town in Haryana.

A special CBI court in Panchkula will pronounce its verdict on Aug 25 and the head of theDera Sacha Sauda has been asked to appear in person before the court the same day.

There was a protest rally in Ludhiana district and in pockets Moga and Bathinda districts. Punjab chief minister Amarinder Singh has reportedly said that 75 companies of forces had been deployed in Punjab.

Meanwhile, pro-Khalistan group, Dal Khalsa, issued a warning to the people of Punjab to be prepared to protect themselves from hooliganism in case of an adverse verdict.

Sector 16 cricket stadium has been temporarily converted into jail on Aug 25. 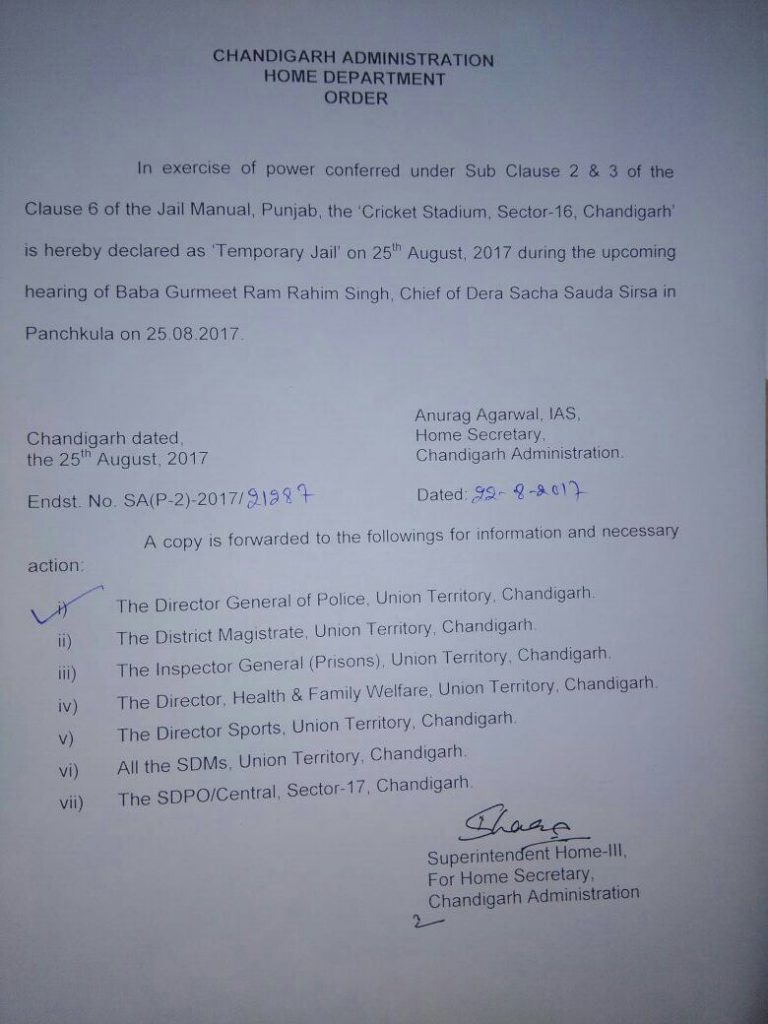 All educational institutions in UT Chandigarh will remain closed on August 24 & 25, 2017. 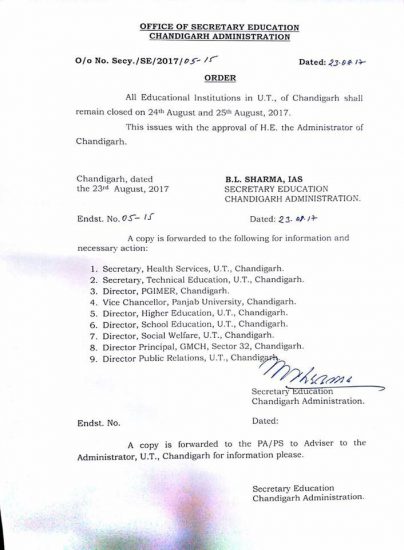 ♦ Panchkula police is using drone to monitor the situation.

♦ Ram Niwas, Additional Chief Secretary, Home, has said that Section 144 of the CrPC has been imposed in all districts of the state and carrying of any kind of stick or weapon has been prohibited at Naam Charcha Ghars of the Dera Sacha Sauda followers.

♦ Police officials are keeping a close eye on social media as well.

♦ According to a report in Dainik Bhaskar, if social media creates law and order issue then authorities may consider shutting internet services as well, Haryana DGP Baljeet Singh Sandhu said. However, no decision has been taken yet to shut the internet in the state.

♦ Personnel of the Haryana Police conducted a ‘flag march’ in Sirsa along with personnel of the Central Reserve Police Force, Rapid Action Force and Sashastra Seema Bal. Also in Kaithal and Kalayat towns.

♦ Police have increased their vigil in at least 20 spots that they have identified in Sirsa. Sources in the state government said that the administration is considering imposing a curfew in pockets of the state where the cult has an influence. According to police sources, this includes the districts of Panipat, Sirsa, Fatehabad, Jind, Hansi, Kaithal, Kurukshetra and Hisar.

♦ The Panchkula administration has decided to cut off traffic through several parts of the town on the date of the judgement so as to keep a control of the law and order in the town.

♦ Petrol pump owners to ensure that open sale of fuel is not permitted to prevent any form of arson.

♦ In Panchkula, administration is already taking preventive and precautionary steps to keep the situation under control.

♦ As reported in Hindustan times, a senior official said that while the situation in Sector 23 Panchkula (where Dera Sacha Sauda’s Naam Charcha Ghar is located) is manageable as the area is across the highway and can be sealed, it will be a concern if the followers enter the main city.

♦ Panchkula DC Gauri Prashar Joshi convened a meeting with the Dera followers and urged them to maintain peace in the city. Even Panchkula MLA Gian Chand Gupta and Additional Chief Secretary have also made the same appeal.

ROADS TO AVOID IN PANCHKULA:

ChandigarhX appeals its readers to co-operate with the administration and not panic. Let law takes its course. Don’t spread unverified news/rumours.