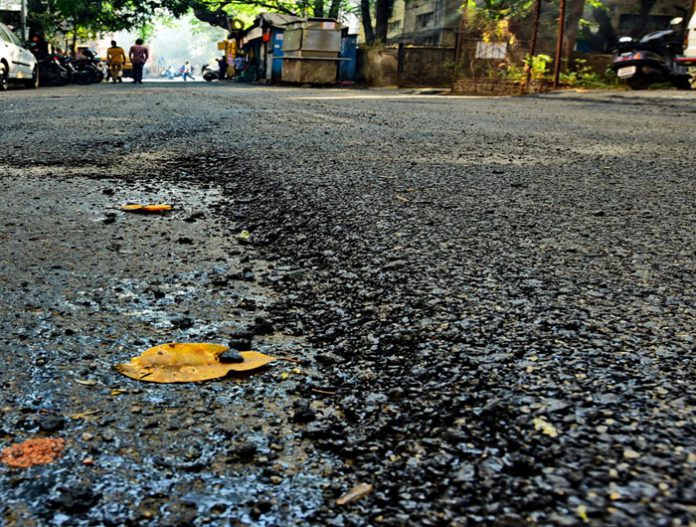 The main road near Sector- 28 petrol pump has become a risk prone area. Due to the patchwork going on, the two-wheeler riders are under a constant danger. An accident is just waiting to happen.

The level of the road is lower as compared to that of the level of the newly-laid patch. There is a huge probability that the riders might skid, especially during the night, when the visibility is quite low. It is easy to lose balance, if one is unaware of the patchwork.

Daily Commuters Concerned That A Mishap Might Happen Any Time

Daily commuters, especially two wheeler riders are quite concerned about this situation. They are demanding that a slight slope should be constructed. This will enable the vehicles to pass the stretch with safety.

“The public projects must be handled with utmost care, as at times the unfinished work end up causing troubles for the people.” , said Ranjit Ahluwalia, one of the daily commuters.

Karan Marwaha, a sector – 28 businessman lashed out at the authorities, “I am surprised, how the authorities can get out their minds. The road was better before, but now it is accident prone.”