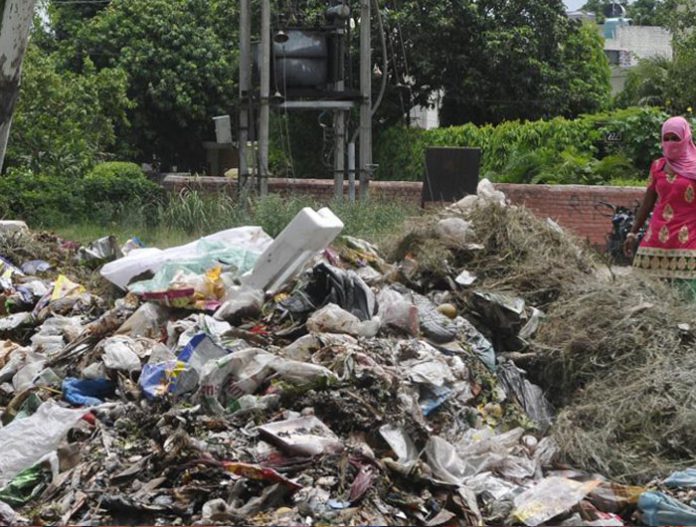 The sector 21 market of Chandigarh has been possessed with a pungent smell because of garbage spills in and around the market. The worsening condition of this market is due to piles of waste dumped here and there in an irregular manner.

The sub-standard condition of sector 21 is a major cause of concern because now it is affecting the normal public which visits the market. The poor state of cleanliness is due to the mismanagement in removing garbage on a daily basis, thus adding a major issue to the people

Kirti Karamchandani, a regular visitor to this market, said that more than the people who dump garbage, more attention should be paid to waste management system here. “The sanitation workers should be more regular when it comes to collecting garbage,” he said.

Furthermore, the Market Association of Chandigarh is organizing is organizing a Swachh Market Competition in the city where markets will be judged on the basis of cleanliness and sanitation. Hence, people of sector 21 are furious about the dilapidated state of sector 21. If this situation happens to continue then this sector would be getting the lowest marks in the competition.

According to Nimesh Sahai, a resident of Sector 21, overflowing dustbins are a common sight in this market. “This has become a major issue in the market. It’s also the responsibility of the people to ensure that they dump garbage inside the trash bins. It’s also equally important that the sanitation staff clean the bins regularly,” he said.

Another shop owner Vineet Punjabi said, “The big trash bins installed at the collection points in the market are overflowing with garbage and doesn’t have space for anymore waste. The waste management is a big issue in this market and only if the system is proper, we can fetch good rankings in any competition related to cleanliness.”

The efforts to keep the market clean should be a collective effort taken by the Municipal Corporation and the general Public. Moreover, the shopkeepers of eating outlets should ensure that the waste management should be done properly and food should be discarded in the garbage bins which should be dumped on a daily basis  by  the sanitation workers.