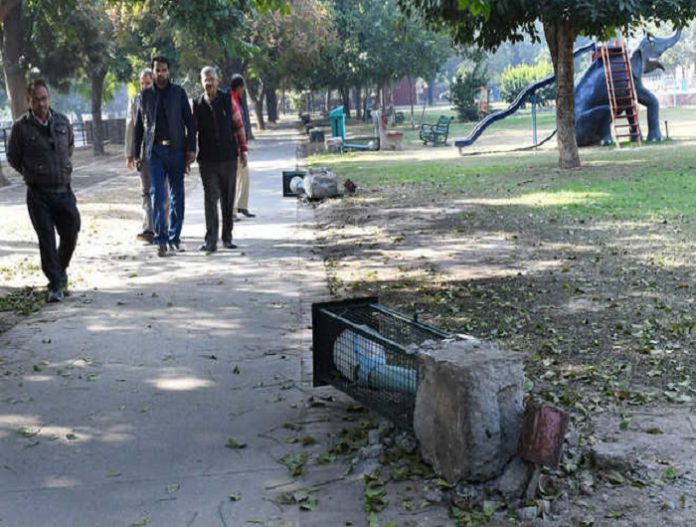 More than 20 lights were vandalized in a green belt on the Sector 18-21 on the night of December 25. The people of sector-18 were shocked when they visited the part and saw the mess.

Nearby residents have seen a group of boys, who under the influence of alcohol, went on a rampage, breaking 12 lights and uprooting small light poles.

According to the residents nearby, this is not the first time such an incident has occurred. A local resident, Sanjay Puri, BJP Mandal Pradhan, said lights were found broken 10 days back.

“This has not happened for the first time. Around 10 days ago, nine lights were found broken and we had lodged a DDR at the police station in this connection. The police had even tried to chase the youths, but they managed to escape,”

“Residents living in the neighbourhood told us that boys often come here and create a ruckus after consuming alcohol at night. It is mostly done on Saturdays. They could be some PG boys.”

This incident was reported to the police later on. The police said during the night patrolling duty in Sector-18, nobody was noticed in the green belt.