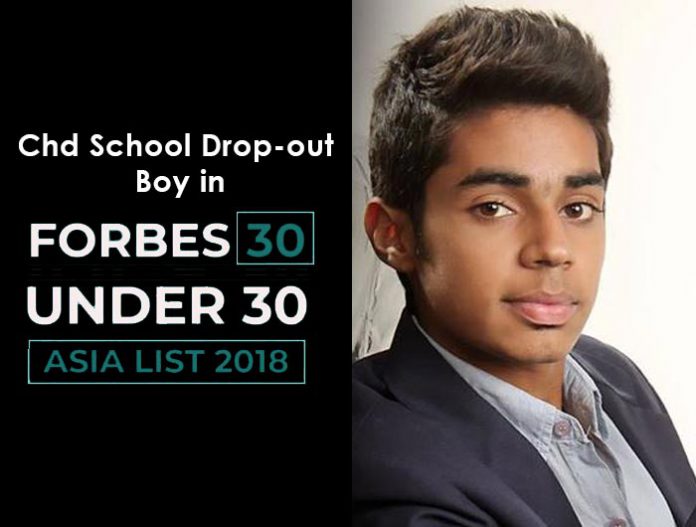 A boy who failed in his Class 8 and then again in Class 12 is now a technocrat, a cyber-security expert. That’s Trishneet Arora, an incredible 25 year old young boy from Chandigarh who dropped out of school and now features in the Forbes ‘30 under 30’ Asia 2018 list.

He has been listed in the Enterprise Technology category “which is packed with innovators and disruptors who are reshaping their industries and changing Asia for the better.”

Also Amongst 50 Most Influential Young Indians

Last year in 2017, he was listed among the 50 Most Influential Young Indians by GQ Magazine.

Barely 19 when started his company

Trishneet is a cyber security expert, an author and the founder and chief executive officer (CEO) of TAC Security — a cyber-security company based in Mohali. It performs vulnerability assessment and penetration testing for corporates, identifying weaknesses in their cyber security.

How it all started

Sharing an interesting anecdote from his first taste of ethical hacking, Trishneet said that it was when he dismantled his father’s computer when he was just eight. When his father took it to be repaired, he keenly observed the mechanic working on it. That’s when he developed the hunger to learn more about hardware and software.

The First Hacking Ever

He first made an attempt to hack into his father’s computer in 2007. “The success then prompted me to take up hacking ethically later.”

The future prospects of cyber security

“Going forward, the demand for such services will only increase. After all, prevention is better than cure,” Trishneet Arora said, adding “As per industry data, India needs at least 1,000 cyber security startups by 2020.”

ChandigarhX heartily congratulates Trishneet Arora for his incredible achievement. His story is truly an inspiration of what passion touched with diligence and perseverance can achieve for us. Bravo!