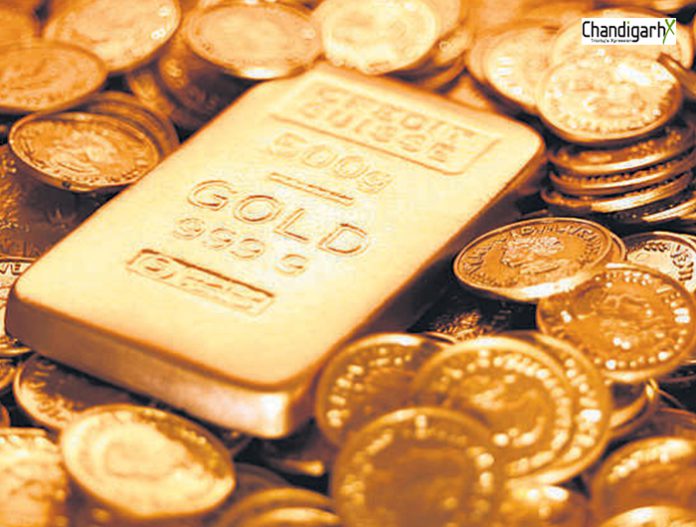 Sleuths of the Customs Department seized 3 kg of unclaimed gold, worth around Rs 97 lakh, from the Chandigarh international airport. Three bars of 1 kg each of gold- was recovered from the Dubai-Chandigarh flight.

The flight arrived at 11.25 am. The gold was kept in a cavity near a passenger seat. “It was wrapped in tapes and was put in the cavity. It was recovered during a checking of the plane,” said officials. The passenger who had occupied the seat feigned ignorance about the gold. Following this, it was declared as ‘unclaimed catch’ under the Custom Act, 1962.