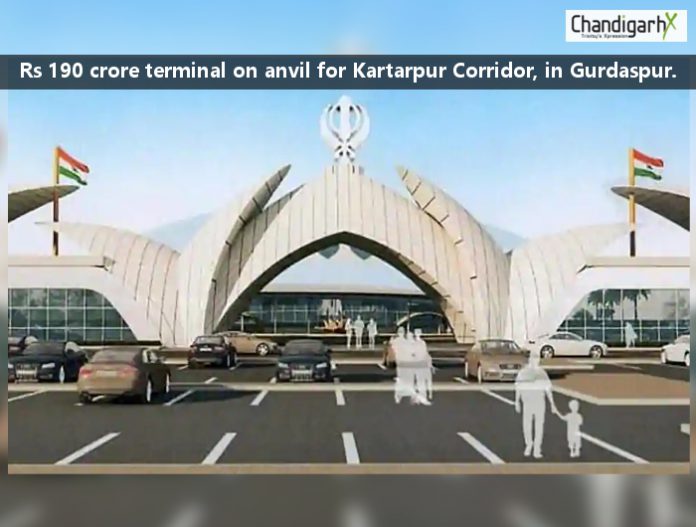 Spread over 2,160 square meters and costing about Rs 190 crore, the Union Home Ministry has approved the development of a passenger terminal building for the Kartarpur Sahib Corridor. The terminal building will accommodate as many as 5,000 passengers daily.

The corridor will connect Darbar Sahib in Kartarpur, Pakistan with the Dera Baba Nanak shrine in Gurdaspur district of Punjab. Darbar Sahib is the final resting place of Guru Nanak Dev.

The design of the passenger terminal building is inspired by the Khanda sign. It is a symbol of the Sikh faith that represents the values of oneness and humanity. On a 300-ft flagpole at the international border, the tricolour will be hoisted.

The Land Ports Authority of India (LPAI), mandated to build and operate integrated check posts along the land borders of the country, will develop the terminal building. The government has asked LPAI, to complete the construction before the 550th birth anniversary of Guru Nanak in November 2019.