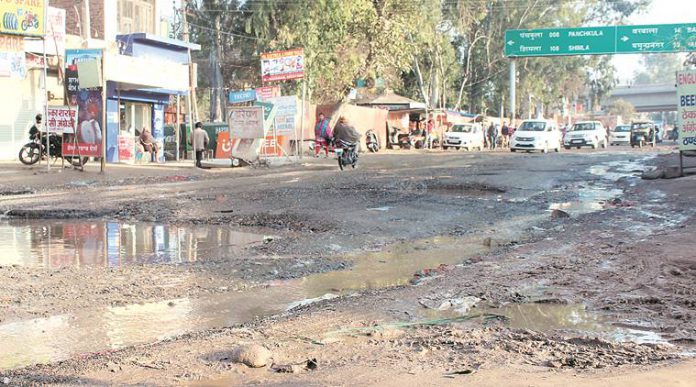 With bad roads and potholes choking the city, the Municipal Corporation spent just twenty-six percent of funds allocated for making roads in the last one year.

As per reports with Chandigarh Newsline, for the financial year 2019-20, the corporation was sanctioned a total of Rs 120 crore for completing the construction of roads. A mere Rs 31.54 crore has been spent from April 1 to December 31, 2019.

Following reasons are highlighted for the low spending on road maintenance:

He added that contractors were not happy with officials raising objections about the quality control, and the expanse of broken roads to be carpeted. They were remunerated for the whole stretch and not section-wise. Thus, most of them left the job halfway. Subsequently, no new tenders were applied for. The consequence is that the task of the value Rs 32 crore was left incomplete. When other engineers said that the roads with some major construction defects would be recarpeted first, contractors got discouraged. They did not come even for minor maintenance. The said method was of no advantage to them.

As per reports in the Chandigarh Newsline, in July 2019, money spent on road recarpeting was a waste. So, the Municipal Commissioner had signed an MoU with the National Institute of Technical Teachers Training & Research (NITTTR) to ensure quality control of roads. However, contractors did not bother about this.

The officers claimed that maintenance work has been pending since 2017. To this, Devinder Singh Babla asked about that Rs 50 crore additional funds that were given by the UT Administration to the civic body for the construction of the roads.

He demanded a CBI probe into the matter. As per him, officers first splurge on unnecessary things. These were namely renovation of the first three floors of MC office, replacement of pavers, etc. As a result, there were no available funds to carry out any more maintenance.

KK Yadav, Municipal Commissioner, said that the carpeting of roads would begin February 15 onwards. In phase one; critical roads would be constructed first. The total expense would be Rs 63 crore. Tenders had been allotted.

Maintenance would be divided into the following phases: