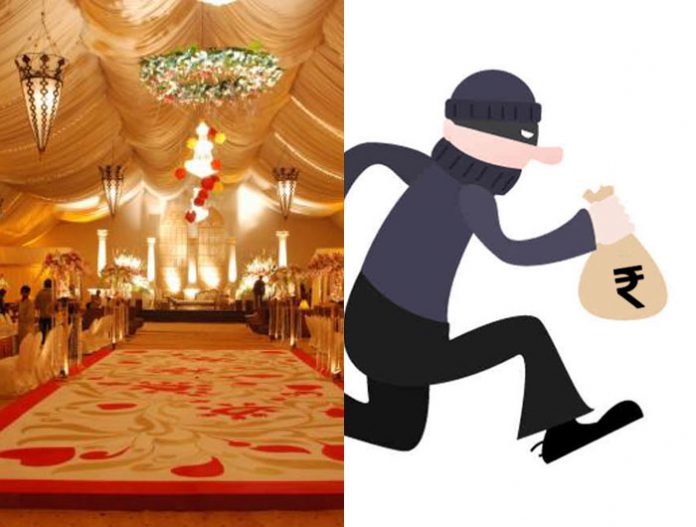 Incidents of marriage thefts have become a rising trend in the tricity. Burglars become active in the marriage season due to the presence of copious amounts of cash and jewelry in the household. All thieves have to do is wait for the right moment, swoop and then flee with the valuables.

Such instances have actually created an atmosphere of panic in the Tricity. People do not feel safe and are anxious during the entire course of marriage.

Thefts In Marriages On The Rise

Ankush Juneja was enjoying the celebrations of his wedding with his friends and family. Suddenly, in midst of the ceremonies, there was hue and cry. His sister had been robbed of her handbag.

There were thefts reported in two weddings in Chandigarh. One of the thefts occurred in the sector – 49 community center. Santosh Kaur, left her bag on a chair to welcome guests. When it was time for the ring ceremony, she searched for her purse, but it was not where she had left it.

How To Avoid Getting Robbed

It is therefore advisable for the people should be vigilant at all times, both while fixing marriage and during the ceremonies. It is better to have extra security measures and install CCTV cameras beforehand, at all venues of marriage. One should also take extra care of one’s belongings.

In case of a theft, one should also file a FIR immediately.

One should also check the background of the bride, groom and both the families before getting betrothed.