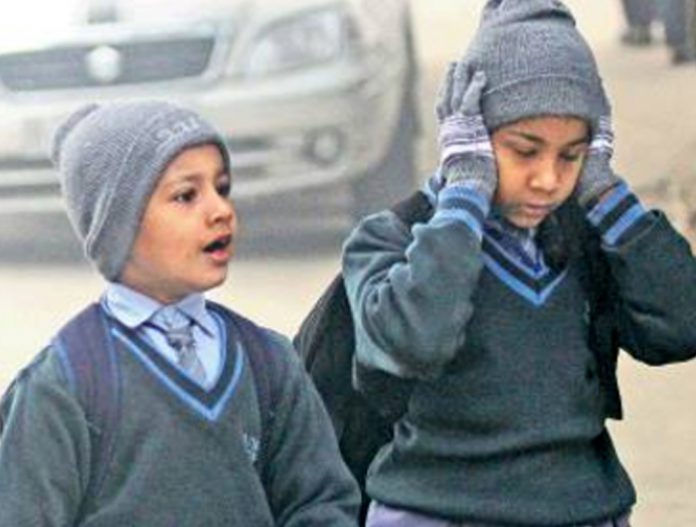 Last week, Chandigarh had to face harsh winter weather conditions. Every resident of the Tricity was concerned about the fury of cold wave on children when the schools were scheduled to reopen on Monday. The private schools have risen up to the occasion by changing the school timings and extending the winter break.

St. John’s High School, Sector 26, will reopen on Tuesday i.e January 9. School timings will be from 8.30 am to 2.30 pm till further notice. Entry and dropping times have also been changed from 8 am to 8.25 am.

Mount Carmel School, Sector 47, has declared a vacation for junior classes till January 15. For classes 6 to 12, timings have been changed from 10 am – 2.30 pm.

Vivek High School, Sector 38, will reopen on January 10 while the kindergarten classes will resume on January 18.

In Delhi Public School, Sector 40, the holidays have been extended till January 11, however the management is still to take decision on school timings.

Other schools are also considering to change the timings or extend winter break or both. the decision will be made in a day or two.

Haryana and Punjab have already taken action keeping in view of cold wave and dense fog. While Haryana has already declared holidays till January 14 and Punjab has changed school timings.