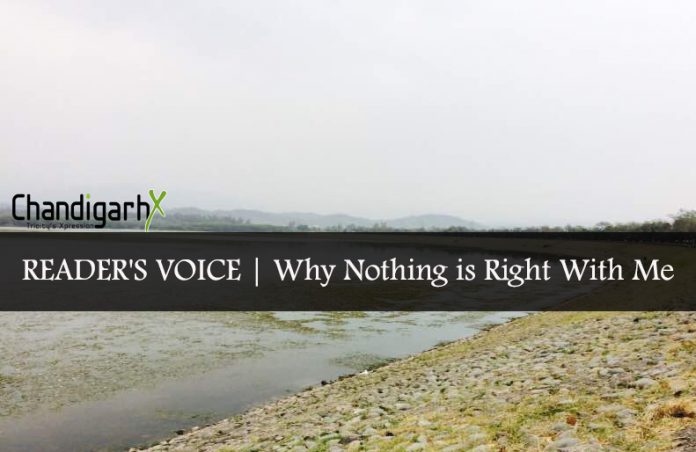 Nothing is right around us, but we are conditioned to ‘Mera Bhaarat Mahaan’ syndrome. Read a narration of a common man who struggles to spend his day peacefully.

Wg.Cdr.D.P.S.Bajwa ( Retd.) retired from Air Force (from Administrative branch) in 1993 and since then he has spending his time helping others realizing their dreams of world-class education in the premier institutions across the world that too charging such a nominal fees. Also, he has been voicing his thoughts on issues that matter and warrant our attention.

The following article is one such thought-provoking writing that sarcatically shakes you out of your slumber.

Why nothing is right with me
Wg.Cdr.D.P.S.Bajwa ( Retd.)
I go for a walk early morning, but I am terrorised as packs of four-five dogs greet me every 100 yards. They chase rag pickers or some ‘outside’ dog, but I thank God each day that I dodge them successfully. After I return home and scan the newspaper while sipping my morning tea, I get my daily dose of headlines about dog bite cases, a few hit and run cases resulting in deaths, chain snatchings and minors getting gang raped. At that very moment, my wife shouts that the water from the supply tap is very muddy and the water pressure is very low. Then I read that there will be a power cut from 10am to 4pm.

As I drive out to go to the bank, children in rags near traffic lights knock at my window, exerting me to lower my car window to give some money. Amid these unfortunate souls is also a beggar with polio-afflicted legs, crawling on the ground to invoke your sympathy. At the bank, while I am in a queue at the teller window, the man behind me impatiently pushes me or sees over my shoulder what transaction I am doing. I do not blame him wanting to be attended first! Next I go to get my passbook updated. The girl behind the counter tells me that printer is out of order. As I come out, I find a car parked behind my car and I cannot get out. While I wait patiently in the sun, finally a man walks back to open his car door. I gently complain that I could not take my car out because he had parked behind my car. He ignores and casually says that he was gone only for two minutes. I wonder what for we fill the pockets of the parking lot contractor/municipality, since there is no service.

On my way back, as I negotiate the roundabout I find two-wheelers coming from sides in front of my car to fill the small gap between the vehicle in front and the three-wheeler drivers overtaking me from the left and turning right in front of me. On the next roundabout, traffic lights are not working, so hundreds of vehicles get stuck since everyone wants to negotiate the roundabout first and keeps inching forward not allowing anyone to let go. After 15 minutes, I too wriggle out, thankfully without a scratch or dent yet again. The traffic police were conspicuous by their absence and must be waiting behind a tree to challan vehicles belonging from areas outside the tricity.

Just then, I remember to finish some work at the post office, so I stop by there, only to learn that there is no power since morning. When I said to the post office employee that the computer should be working with the UPS, he tells me that the UPS is defunct. I question, “Why don’t you report the matter to the head post office?” He says, “We have done that several times.”

Later I go to Kisaan Mandi for my weekly supply of fruits and vegetables. I am reluctant to buy mangoes, bananas, papaya, oranges, watermelon and tomatoes because all these are ripened artificially with deadly chemicals, while cauliflower and brinjal are sprayed with pesticides. When frustrated with systems, chaotic traffic, pollution, potholed roads, prolific explosion of population, mounting number of court cases, corruption, etc, I crib to my family that I want to run away from this country. My daughter counters me, saying that there is nothing wrong with our ‘Bharat Mahaan’. I cannot fathom the reason why only I overreact to the small issues ailing our country, while everyone else is happy with the ‘progress’ we are making.

The article has been published in Hindustan Times and has been republished here with the writer’s due permission.

If you want to share your thoughts with the world, send us your article at admin@chandigarhx.com