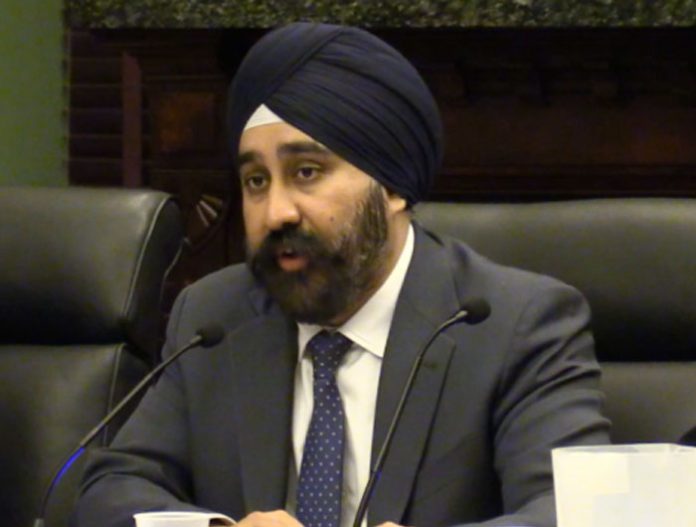 While expressing his gratitude to the dozens of supporters, friends and family at Moran’s Pub, Bhalla  cited,

In the race for three at-large seats on the City Council, two members of Bhalla’s slate -James Doyle and Emily Jabbour were victorious, while DeFusco team member Vanessa Falco was also elected, according to the unofficial election results.

The race for City Hall took an ugly turn this week when a doctored campaign began circulating attacking Bhalla with the message “Don’t let TERRORISM take over our town!” above a picture of the Sikh mayoral candidate wearing a turban.

The wide-open campaign that kicked off in June with Zimmer’s announcement quickly turned into heated race, with Romano’s campaign manager, Pablo Fonseca, calling the race “Ugly” and “Divisive”

Phil Swibinski, a campaign spokesman for DeFusco, said DeFusco conceded defeat in a speech to supporters at his campaign headquarters at around 10 p.m. and offered his congratulations to Bhalla.

In a brief interview Tuesday evening, DeFusco said he fell just short of being elected Hoboken’s first openly gay mayor, despite the only candidate to be attacked by everyone else in the race.

“And yet we still challenged a 9-year administration and lost by a couple hundred votes,” DeFusco said, insisting that Bhalla’s narrow margin of victory means he would have to govern by consensus. “I look forward to working with Mayor-elect Bhalla, but he by no means has a mandate.”