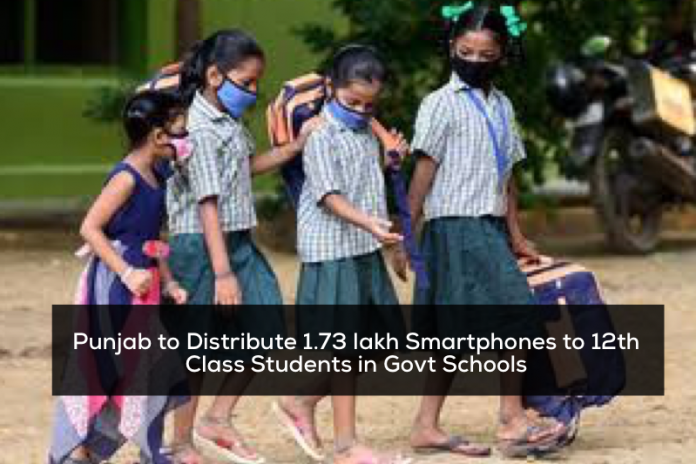 In order to ensure that students who do not have access to online education do not suffer, the Punjab Cabinet today has cleared the path for distribution of 1,73,823 smartphones to boys and girls of government schools who are going to appear for Class 12th board examinations this year.

Students will not suffer

The state government has already received 50,000 phones from the company and distribution of the same will be done shortly.

The mobile phone will have all smart features like touch screen, camera, etc. Besides these, e-content related to Class 11th and 12th will be there. Also, it will be preloaded with an e-sewa app.

Both boys and girls will be given

Earlier, in September, CMO Punjab on its twitter handle had stated that phones will be given to girls of Class 11th and 12th who don’t own a phone.

But today, it was made clear that both boys and girls will be provided with phones.

This scheme was announced in the budget of Financial Year 2018-19. It aimed at ensuring that youth of the state gets digital access, career & employment opportunities, access to skill development and besides these access to citizen-centric services too.

Second batch to be procured soon

An official spokesperson said that the second batch of smartphones will be procured soon and will be distributed by the end of November.