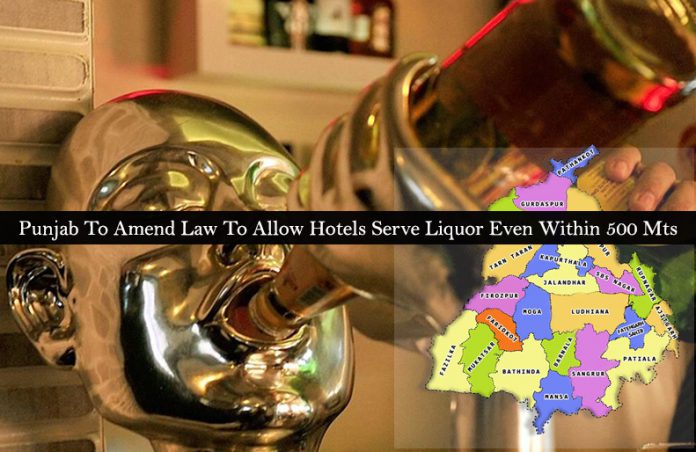 Bringing cheers to the booze lovers and hospitality business, Punjab government led by  Captain Amarinder Singh has given its nod to the proposal to remove hotels, restaurants and clubs from the restrictions on serving of liquor within 500 meters of highways.

Last year in December, the Supreme Court of India had banned selling and serving liquor within 500 meters of national and state highways across the country. The ban became effective from April 1, 2017. The ban received mixed reactions, but the hospitality sector being the most adversely affected came together and even submit a petition before Supreme court to review the decision.

Chandigarh with national and state highways running right through the middle of it, many top class pubs, bars and restaurants in Sector 26 and 35 mainly saw a debacle in their business. Many have chosen to shift to Industrial area which is much away from state and national highways. Even Chandigarh administration denotified V1, V2 and V3 as district roads.

Since liquor in Chandigarh is cheaper than in adjoining states, Punjab and Haryana, the city has been a preferred shopping destination for booze lovers in the region.

Also Read: Liquor Shops Will Stay On V1, V2 And V3 Roads In Chandigarh, But Not On Madhya Marg