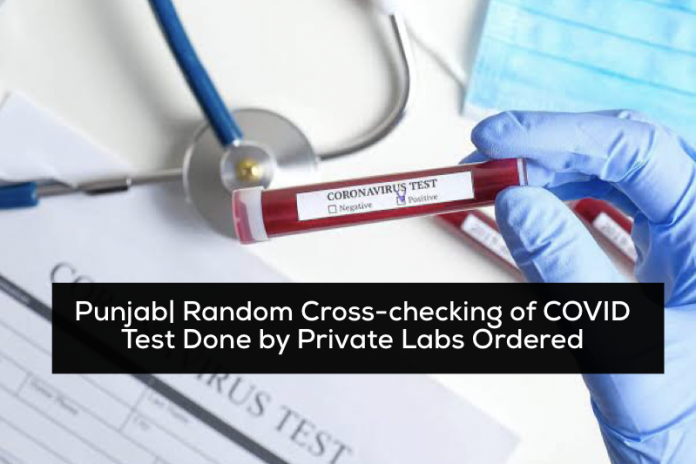 Amid reports of alleged nexus between private hospitals & private labs carrying out corona tests, the Punjab government has asked civil surgeons to cross-check tests conducted by the labs on a random basis.

Recently, there were allegations against the private labs that they were giving false positive reports to help certain private hospitals, which were advising admission to those testing COVID positive.

Balbir Singh Sidhu, Health Minister of Punjab, said asserted that retwsting 10 positive corona cases from a laboratory will give an idea of what is happening at ground level. The civil surgeons have been asked to get these tests conducted immediately, the Minister said.

However, he didn’t make any comment on fake positive reports.

No report of nexus

Hussan Lal, who is Health Secretary of Punjab, said that there was no report of a nexus & malafide intention except in the case of infamous Tuli Lab, Amritsar, where those testing negative were given fake reports showing them positive.

He added that no complaint has been received from anyone and it is merely an advisory just to check if everything is going on well.

Further, he reasoned on higher positivity rates of private labs by saying that as people might be getting themselves tested at private labs only when they get symptoms.

However, the government is testing everyone free of cost even if they’re asymptomatic.

Checking to be done in 4 districts

Majority of the cases are in Ludhiana, Jalandhar, Ferozepur & Patiala. According to sources, random cross-checking would take place in these 4 districts.

No wastage of kits