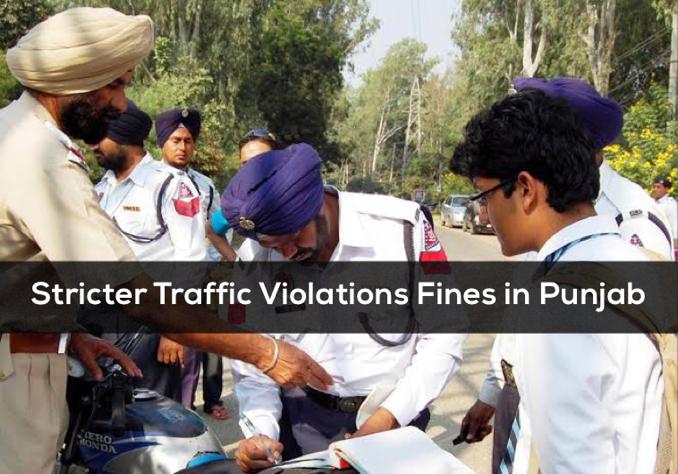 Under the amended Motor Vehicle Act, 2019, the Punjab government will implement revised fines for traffic rule violations, in the next two days. The Punjab Transport Department has made an effort to keep the penalties on the lower side of the prescribed fine window as compared to Haryana, UP and Bihar. But it has kept the amount lofty in case of serious offences. These are namely drunken driving, speeding or racing, driving without seat belt, among others.

The various hefty fines against serious violations are as follows:

Towards improved execution of traffic directions, Punjab Transport Division and Sub Divisional Magistrates, have also been sanctioned to compound the traffic breaches.

Overall 43 different road traffic defilements have been set aside which will draw penalties. As per the amended Motor Vehicles Act, the States have been given the powers to reduce or amend the harsh penalties. Under this, Section 177 notifies seven general offences. For unauthorized use of red beacon, the fine is ₹1,000 for the first offence, and ₹1,500 for the subsequent offences. All MLAs and VIPs who have been using “lal or neeli batti” will be asked to pay this composition fee.

More than three months after the Central Government implemented the amended Motor Vehicle Act, Punjab Government on Thursday finally put into force the said Act in the State.

As per reports in The Tribune, in 2018, Punjab was graded second in India in severity of road calamities. The fatality rate was over 73 percent against the national average of 32.4 percent.