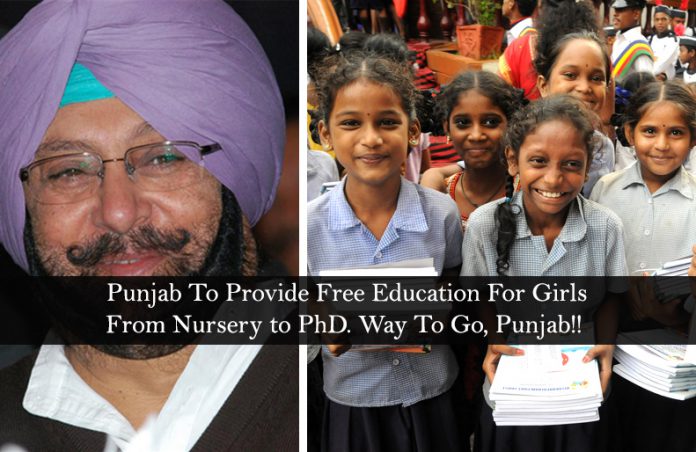 In what is seen as a revolutionary step to improve the education system in government schools in Punjab and girls education in Punjab, Punjab’s Chief Minister Captain Amrinder Singh announced plethora of steps that the government will work on starting this fiscal year.

These progressive steps are definitely going to turn the tide in the gloomy state of education in Punjab government schools and inspire women empowerment drive.