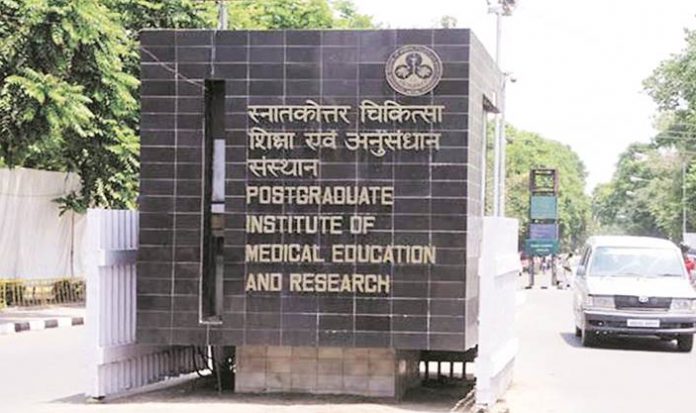 If you thought doctors in the private hospitals raked in a lot of moolah, then it’s time to bust your myths. PGI faculty salary is way better. It’s heartening to know that the government is on course to create a strong health infrastructure. After all, health is wealth, and it will pay us in the long run.
Doctors in PGIs receive a bigger paycheck than their private counterparts. Given below are the details of the remuneration they are earning every month.

The Minimum Salary of PGI Faculty Member is Rs 1.5 Lakh

Yes, you read that correctly. Excluding yearly allowances, each PGI faculty member takes home this handsome remuneration. However, their private counterparts earn less. Sometimes(in rare cases), the salary could be the same, that is if you have a thriving reputation.
In Government Medical College and Hospital(GMCH), Sec-32, and Government Multi-Specialty Hospital(GMSH), Sec – 16, a senior doctor receives a monthly paycheck of 2 Lakhs.
Doctors in private hospitals do not get more than a monthly salary of Rs 1.5 lakh. However, visiting consultants contracted with several hospitals can rake up to Rs 8-10 lakh per month.

According to the 7th Pay Commission, a doctor in a government hospital in the bracket of pay level 14 and above (including a few professors in PGI as well) are entitled to air travel along with their family members in business class under LTC norms.

But it does not stop here. PGI doctors are simply raking in the moolah. They have been lobbying for an additional hike of Rs 15,000 per month. They have also applied for a double raise in learning resource allowance (from Rs 60,000 annually to Rs 1.8 lakh per annum) for purchasing top-branded phones and laptops.
However, Dr Rajesh Chhabra, president, PGI Faculty Association, counters on this issue”It is not justified to compare our salaries with private doctors. These salaries are given by the government and we have not demanded any enhancement.”

The PGI Faculty Association has also rejected the new pay matrix chalked by the central government in the 7th pay commision.

The reason as provided by Dr Chhabra is,”The government has applied the pay commission of IITs to institutes of national importance like PGI, AIIMS and JIPMER. This is erroneous as IITs have assistants, associates and professors. We have sent several communications to the ministry since the past two years to correct wrong calculations or at least give two increments. But nothing has happened.”
News Source – Times of India
Image Source – Google Images