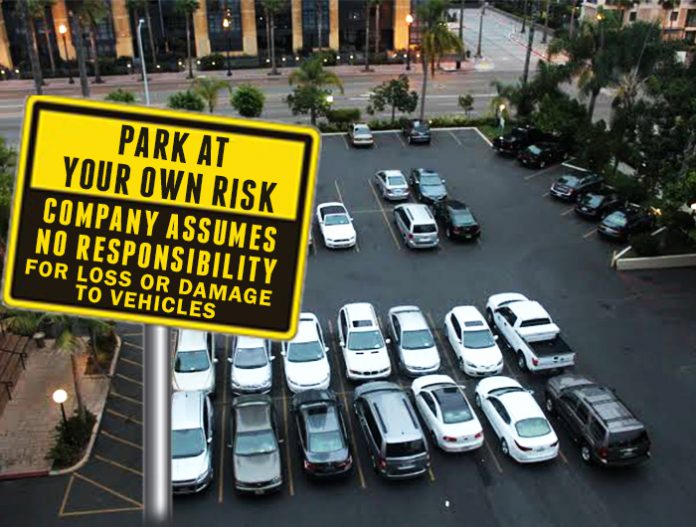 ‘Parking at owner’s risk’ – This is a common sight at every parking lot in hotels and restaurants. And, if your vehicle gets hit or stolen, you cannot hold the management responsible for negligence (though it’s rightly parked in the premises only) as they have clearly specified “owners’ risk”.

Hotels and restaurants have used this as a cover to shirk off responsibility, but not anymore.

In a landmark verdict, the Supreme Court has ruled that hotels are liable to compensate guests if their car parked by a valet gets stolen even if the free parking tokens that visitors are handed claim the management is not responsible for the theft of vehicles.

As per a bench of Justices M. Shantanagoudar and Ajay Rastogi, hotels charge patrons exorbitant rates. It is immaterial that parking is provided free of cost. These services are covered by the rates charged for renting of rooms, food, entry fee to lounges and clubs, etc.

What led to this recent judgement?

The recent judgement came as the court upheld the order of National Consumer Disputes Redressal Commission directing the Taj Mahal Hotel, New Delhi to pay ₹2.8 lakh as compensation towards theft of a guest’s car which was stolen in 1998.

What were the findings of the case?

The bench held the hotel guilty of negligence in preventing the theft of a guest’s car who had handed over his Maruti Zen for valet parking. The parking tag he was handed read an important condition that the vehicle is being parked at the request of the guest at his own risk and responsibility. When the hotel or its servants have actively connived against or acted negligently in safeguarding the vehicles delivered for valet parking, ‘owner’s risk’ clauses in the parking token will not come to their rescue.

Are there any exceptions?

However, this did not mean that the hotel would be liable in the following cases: