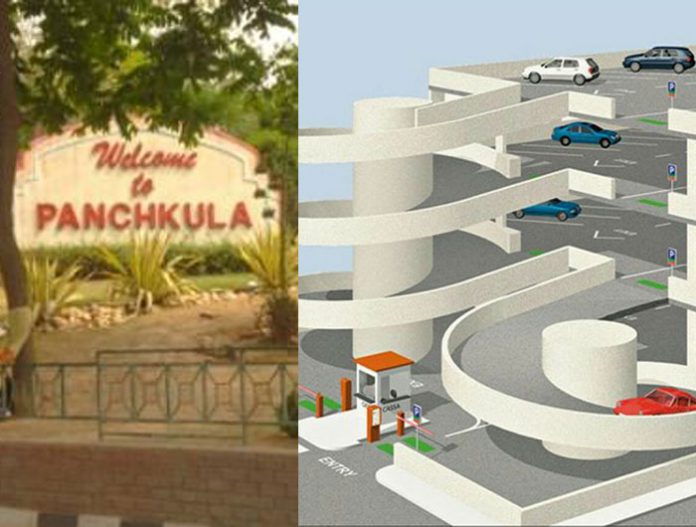 The city of Panchkula will get its first multi-level parking in the last week of November. The ambitious project of multi-level parking, that was announced in 2013 is finally going out of the cover in this month. This Multi-level project is the first of its kind in the city as there had been no projects similar to these in the past and now when this project is finally on the floors, the people of Panchkula are happy and relieved. The project will be inaugurated in the presence of the honorable CM of Haryana, Mr Manohar lal Khattar

Nitty-gritty of the Project

In order to control the haphazard situation of parking in the city, the construction of this multi-level parking in Panchkula was started in 2015, after a delay of two years due to shortage of funds.

The multi-level parking will have a total of six floors in which the lower three will be reserved for the parking while the remaining three will have offices of Government of Haryana. The building will be able to accommodate the parking space for 200 cars where as 500 cars can be adjusted in the three floors in total.

Thus, previously people used to park their vehicles on the road and on the no parking zones. Hence, this resulted in their vehicles being towed away. Moreover, they had to pay hefty challans and bare the repercussions. Now, the people won’t be facing such problems anymore.gift of multi-level parking to the masses will be received by the last week of November. This project would be initiated from Sector 1 starting near the Mini Secretariat and District Courts Complex.

Thousands of visitors come to the Panchkula Mini-Secretariat and District Courts for their work. The multi-level parking is much needed to deal with heavy rush of vehicles every day. Thus, hopefully now the city of Panchkula just like its neighboring city, Chandigarh will be able to manage the parking menace systematically, in an efficient manner.