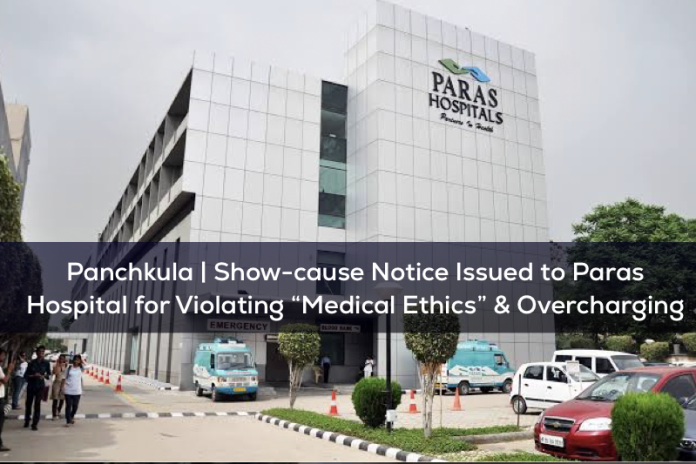 During the second wave, families struggling to get treatment for the COVID-19 infected family members have been noticed to have fallen prey to hospitals which overcharged them. One such complaint was made against Paras Hospital in Sector-22 Panchkula. The Director General, Health Services (DGHS), Haryana, has issued a show-cause notice to the hospital for violation of “medical ethics” and overcharging.

Bathinda resident The patient from Bathinda, Dr Kapil Garg, had got admitted on April 12 in the hospital for Covid treatment and died on May 3. As per the complaint filed by his widow Arti Garg was forced to deposit Rs 13.81 lakh.