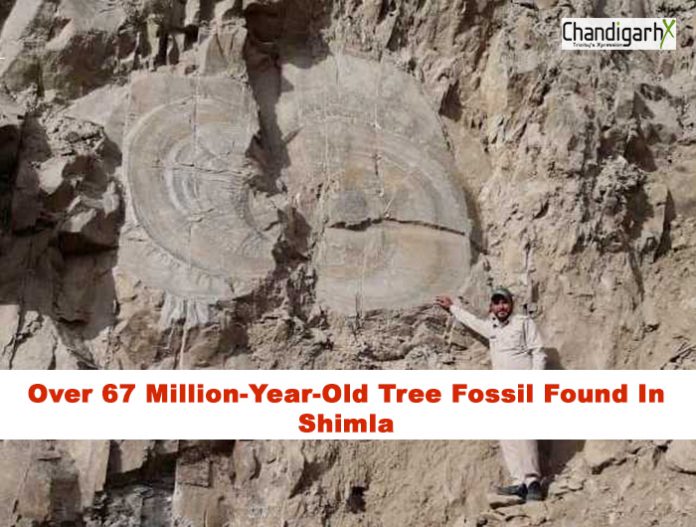 A tree fossil estimated to be over 67 million years old has been found near Kharapathar in the district, an expert said on Thursday. The fossilised tree belongs to Mesozoic era, Hari Chauhan, curator of State Museum and a fossil expert who visited the spot, said. The Mesozoic era is the age of dinosaurs, and lasted about 180 million years, from about 250 to 65 million years ago.

Rohru’s Divisional Forest Officer (DFO) Chandulal Tahsildar said he found the fossils during a site visit to the area in connection with complaints of illegal filling. He said frequent landslides that the area experienced recently could have brought the fossils to surface.

“It was during my visit to the place on April 30 that I chanced upon these fossils that obviously seemed to look very old,” he said, adding that the tree stumps were nearly 11×8 feet and elliptical.

Chauhan, who visited the site on Wednesday, said the discovery could either be tree fossils or geological formations. Such fossils, while not uncommon in the Shiwalik ranges, were rare in Himalayan ranges. Similar fossils have been found in Spiti.

“If it’s a tree fossil, it’s very important from the point of view of paleontological studies. And if it’s a geological formation, then it’s a crucial discovery in the field of geological studies,” he said, adding a team of geologists and forest officials would join him in thoroughly searching the area.

Meanwhile, the latest discovery will be protected.