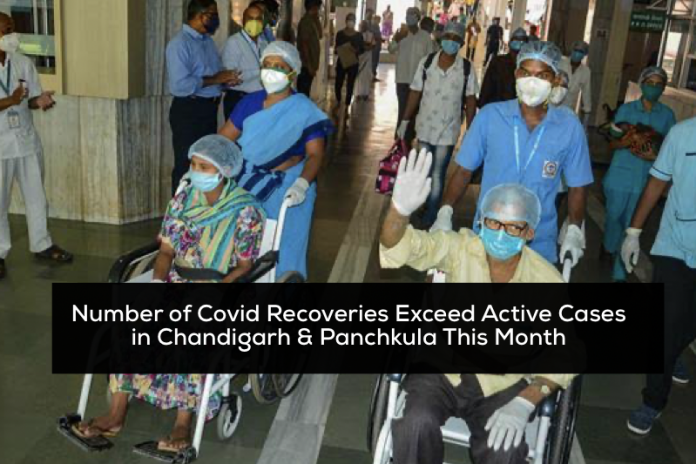 The number of patients recovering from COVID-19 is more than the active cases in Chandigarh and Panchkula in September compared to previous months.

Chandigarh has a dedicated rapid response team & the city is divided into four zones.

The team lifts patients to covid centre and contact-tracing is immediate for immediate contacts while others are tested in 4-5 days.

It is expected that recoveries will shoot up in the coming days.

Majority of the patients are opting for home isolation in Chandigarh and in case of an emergency, they go to hospital.