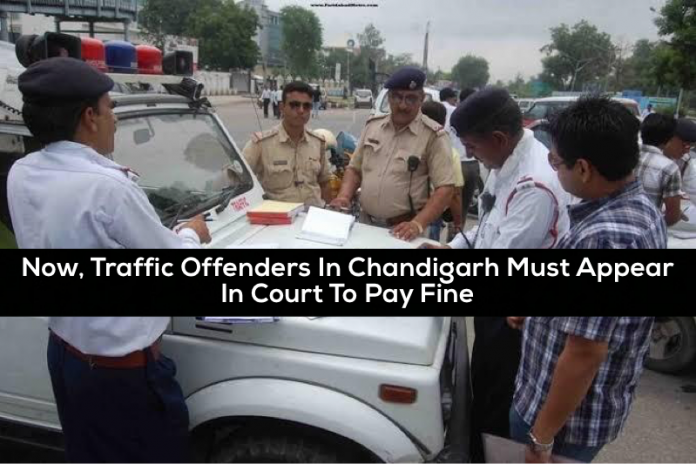 With the scam of forged releasing orders of vehicles, the new directions state compulsory appearances by traffic offenders in court. As per the judicial officers at the Chandigarh district court, if any motorist is challaned for a traffic violation, the individual will have to appear personally to pay the fine and get back his/her vehicle.

In case of the violator not being present in court, he/she will not get the document or vehicles released and pay the challan fine.

The person who has been issued the challan will be identified with the help of an identity card. This will be attached along with the performa while applying for paying fine and getting a release order of the vehicle.

A clerk of an advocate, on the condition of anonymity, said that previously challan copies were taken by court staffers. They did not verify documents of the violator. Later, this could make it hard to recognize the real offender. Ultimately, the challans were released with the orders without any confirmation.

Staffers of the court were questioned on Thursday by inquiry officer, Sushil Kumar Garg, who is also the special judge CBI in the forgery case that surfaced recently, wherein signatures of six judicial officers of a district court were forged to release impounded vehicles.

The role of Chandigarh Traffic Police officials is under the scanner after the major racket was unearthed.

Suspected beneficiaries, whose details have been obtained by the inquiring committee, have allegedly got their vehicles released without documents by paying less fine. Impounded vehicles were released in 2019 with forged signatures by misusing the court’s stamp and other records.

Sources said the former chief judicial magistrate (CJM), Abhishek Phutela, had written a letter at the end of the year to district and sessions judge about the forgery. Following this, an inquiry was marked in February to the inquiry officer Sushil Kumar Garg.