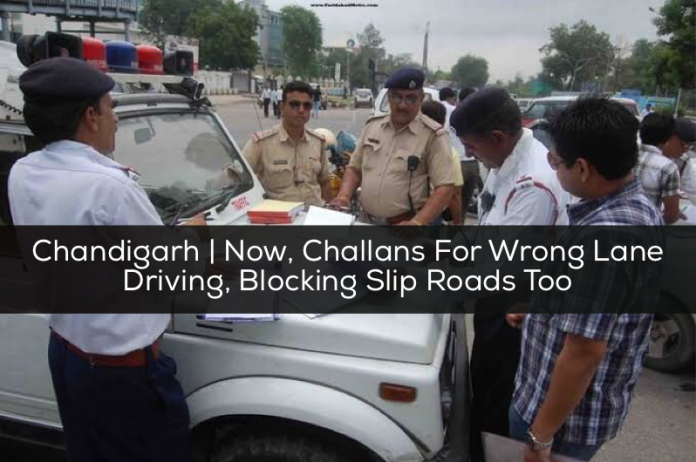 Come February, the city denizens will face a penalty for violation of parking on the side to attend a phone call.

The UT Traffic Police will begin the challaning process for three traffic violations from February 1 onwards.

The violations include the following:

As per the officers, a motorist would be penalized only if the car was parked on the main road. To avoid the challan, a driver could halt on the slip road or service lane running parallel to these roads.

The Traffic Police will start a mass awareness to make motorists aware of these three violations.

The deputy superintendent of police (DSP, traffic administration) Kewal Krishan said that it had been observed that drivers stop their vehicles to respond to calls without paying courtesy to traffic behind them. This leads to putting others in danger of accident, traffic jamming, mainly adjoining intersections.

He added that according to amended Motor Vehicles Act, the first-time offender will have to pay ₹500 as challan. For repeat offence, ₹1,000 will be imposed.

Motorists who had to go straight or turn right end up stopping their vehicles in the left lane. This causes trouble for left-turning vehicles. February 1 onwards, these motorists too will be penalised.

Before, the challaning officers had taken a ‘free-left’ initiative on numerous junctures to educate the public about parking in the right way at intersections.

As per Kamal Soi, member, National Road Safety Council, Government of India, severe implementation was required to make the drive effective. All these roads had CCTV cameras set up at light points. E-challan ought to be done to make certain that order was upheld even when cops weren’t present at the spot.

According to road safety activist Harpreet Singh, even a glance on the mobile at the red light diverted the driver’s attention. But, before beginning to challan the offenders, traffic police should establish awareness drives. Going on the lines of Delhi, they should lay ample cautionary signage besides these roads.

4,700 Challaned For Talking On Phone

At least 4,700 challans for talking on the phone while driving were issued in 2019. Dakshin Marg, Madhya Marg, and Udyog Path witnessed the highest accident fatalities.