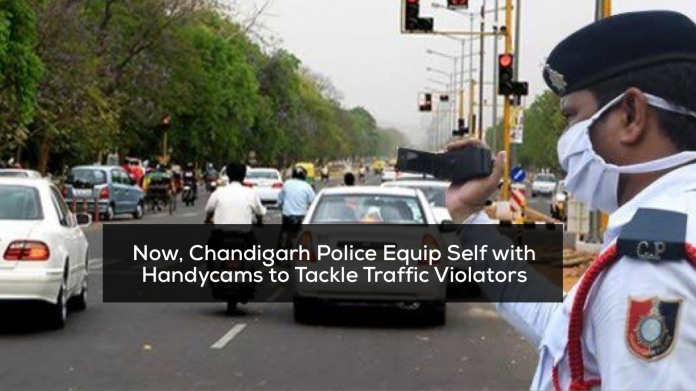 Traffic rules violation and the ensuing arguments between violators and traffic police sometimes become a matter of discord. In light of this and Covid pandemic, Chandigarh police have decided to use handycams to keep recordings.

Violations to be recorded on Handycam

Now, police personnel will record all the violations on Handycam.

Motorists argue with the police

While sharing the details, DSP Charanjit Singh Virk who is the spokesperson for the Chandigarh Police said that motorists argue with the police that they have not broken any traffic law.

20 Handycams available with the police

Currently, there are 20 Handycams with the UTs traffic police. Cops who are put on duty at accident prone intersections are given these cams to capture the violations and later issue challan.

How does it work?

Cops will record while they’re on duty.

After reaching the traffic lines, the cop will hand over the recording to the staff along with the information on violations which is recorded on the cam.

Later on, a traffic violation information slip(TVIS) is generated based on that recording and challan is issued to the violator.

The DSP said that stopping vehicles for violations during the pandemic involves risk for both the parties i.e. the violator and the police personnel stopping him.

Further, he added that TVIS ensures safety of both the person violating and the policeman.