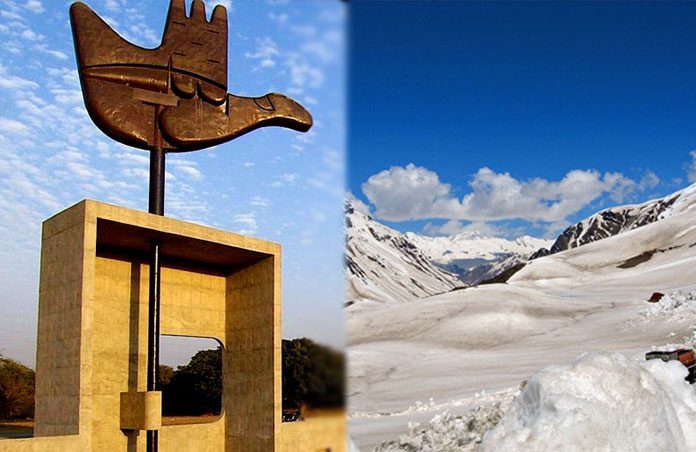 Bad news for those who were planning for a quick winter holiday in snow-clad Himalayas in Manali, there will be no Kullu-Chandigarh flight till January 31, 2018.

Owing to inclement weather conditions, regular flights between Kullu and Chandigarh will not operate from December 2 to January 31. Bookings would be only done if the weather conditions improve in the last week of January. Seats in the Kullu-Chandigarh flight would be available after February 1.

Regular flights to Delhi would continue depending on the weather.

Air India had started daily flights (except Sundays) between the Kullu-Chandigarh route on October 13.

The efforts of Air India to revive the Chandigarh flight after two decades were highly appreciated by officials and people alike. In hope of promoting winter tourism in the valley, various facilities at Bhuntar airport would be upgraded (for enabling air operations during adverse weather conditions).

Features Of The Flight

When inaugural flight to Chandigarh was flagged off on October 5, Minister of State for Civil Aviation, Jayant Sinha had stated that the second version of UDAN scheme would include the Kullu-Chandigarh sector.