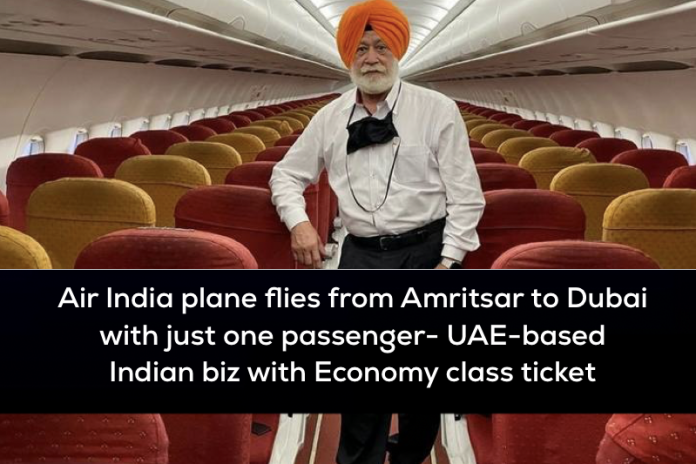 UAE-based Indian businessman S P Singh Oberoi was pleasantly surprised to have the whole plane to himself when he flew from Amritsar to Dubai with economy-class ticket in his hand.

On Wednesday, at around 3.45 am Air India plane departed from Amritsar. Oberoi, who holds a golden visa that allows 10-year long residency in the UAE, was the sole passenger on the national carrier’s Dubai-bound three-hour flight. He paced up and down the aircraft multiple times without any hindrance, clicked pictures with the crew members.

This is the third time in last five weeks when a flight to Dubai had just one passenger.

During pre-pandemic times, flights on India-Dubai routes were one of the most lucrative ones for carriers however, pandemic has severely hit air traffic on this route. Flights between India and the UAE have also been operating under an air bubble arrangement. Under this, limited flights can be operated between the two countries with restrictions.