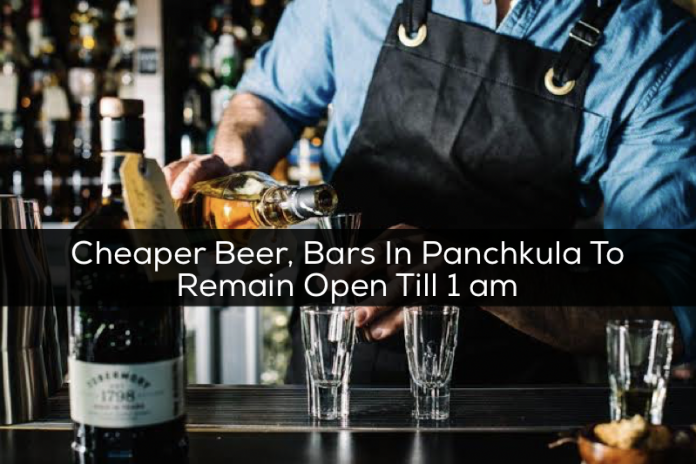 Haryana government’s has brought changes in excise rules that will allow bars to remain open till 1 am in Panchkula, Gurgaon and Faridabad. The changes will also make beer and wine cheaper in the three cities as well as reduce the burden of taxes on the hotels and restaurants that serve liquor to their customers.

Bar owners can also reap benefits by opting to keep their bars open till 3 am by paying a one-time additional fee of ₹10 lakh per hour.

The new provisions will come into effect later this year on April 1.

All these policy changes were revealed on Thursday, 20 February, after a Cabinet meeting chaired by Chief Minister Manohar Lal Khattar, released the Haryana government’s excise policy for the financial year 2020-21. Haryana Deputy Chief Minister Dushyant Chautala raised hopes of higher revenue for the state government from the excise duty to ₹7,500 crores in FY 2021, ₹800-900 crore than the estimated revenue of the ongoing financial year.

The Deputy Chief Minister also disclosed the changes in excise duty levied on the different categories of alcoholic drinks in the three cities.

Indian-Made Foreign Liquor (IMFL): The duty on this hard liquor stands the same.

Temporary 1-day license: Relax, as it will now be stress-free attaining a provisional one-day license for serving alcohol at events. The form can be filled online.