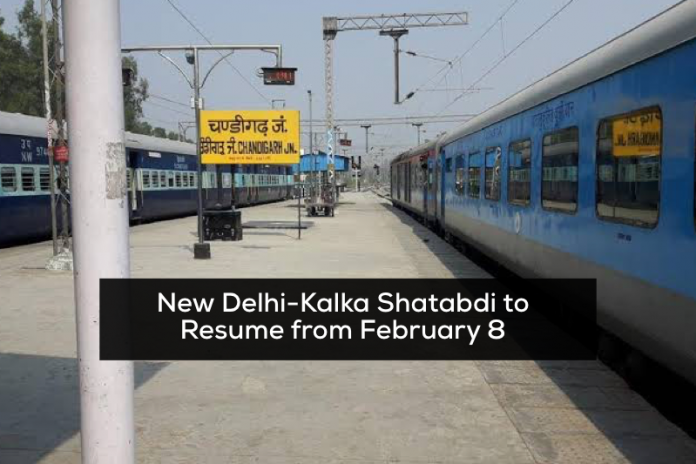 Suspended since March last year due to Covid pandemic, the Northern Railway has decided to restart the New Delhi-Kalka Shatabdi from February 8.

Though the train services restored but due to to the farmers’ stir in Punjab, the New Delhi-Kalka Shatabdi remained cancelled.

New Delhi to Kalka Shatabdi (02005) will leave the New Delhi railway station at 5.15 pm and reach Kalka at 9.15 pm the same day. It will stop at Panipat, Kurukshetra, Ambala Cantt and Chandigarh.

Another Shatabdi was started in December

There is another Shatabdi Express (02011/02012), which also runs between New Delhi and Kalka. It was revived in December last year.