Home Latest News All You Need To Know HOW To Link PAN Card With Aadhar...
Facebook
Twitter
WhatsApp
Email 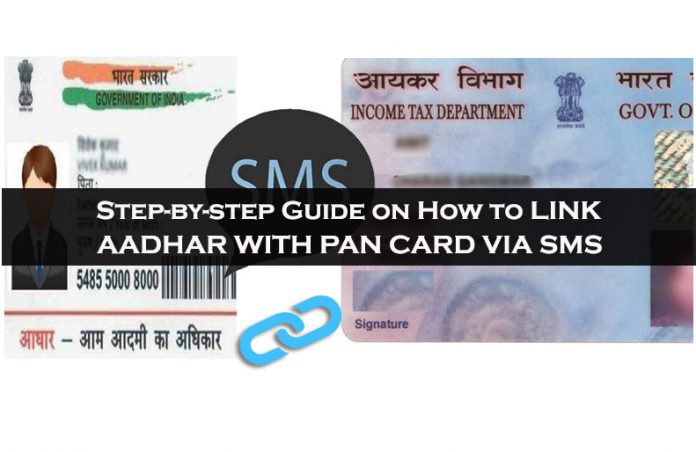 The Income Tax Department earlier this month launched an online facility to link Aadhaar number with PAN, a mandatory procedure for filing I-T returns now. The e-filing website added a link on its homepage where people must enter their PANs, Aadhaar numbers and names. After verification from the UIDAI (Unique Identification Authority of India), the linking will be confirmed.

The Department announced on 1st June 2017 that the taxpayer can now link their Aadhaar number with Permanent Account Number or PAN using an SMS-based facility also.

Send an SMS in any of the two link the two numbers or accounts
• 567678
• 56161
This SMS facility is only valid to those who have identical names on the Aadhar and PAN card.

The linking will be confirmed after verification from the UIDAI (Unique Identification Authority of India). In the case of any minor mismatch in Aadhaar name provided, Aadhaar OTP (one-time password) will be required as informed by the I-T Department. 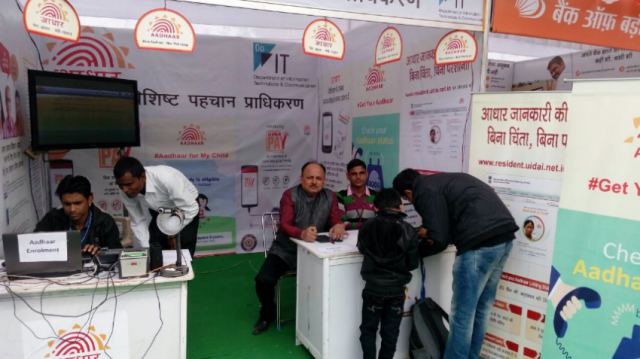 HOW TO LINK AADHAR WITH PAN ON THE WEBSITE?

Step 1.
Register yourself at the income tax e-filing portal,
https://incometaxindiaefiling.gov.in/

Step 2.
Log in to the e-Filing portal of the Income Tax Department. Enter the required details.

Step 3.
On logging in to the site, a pop-up window will appear prompting you to link your PAN card with Aadhaar card.

Step 4.
Verify the details on screen with the Aadhaar card.
Step 5.
Enter your Aadhaar card number and captcha code and then click on the “Link now” button.

Step 6.
A pop-up message, ‘Your Aadhaar card has been successfully linked to your PAN card’ will be displayed.

The government has also made some amendments:
• To apply for IT returns, the government has made it mandatory to quote Aadhar number or the enrolment number of Aadhar application under the Finance Act 2017.

• From 1st July 2017, the government has also made Aadhaar mandatory for applying for PAN.