Home Leisure Mona Lisa, For Christ's Sake,Tell Me, Are You Smiling or Not?
Facebook
Twitter
WhatsApp
Email 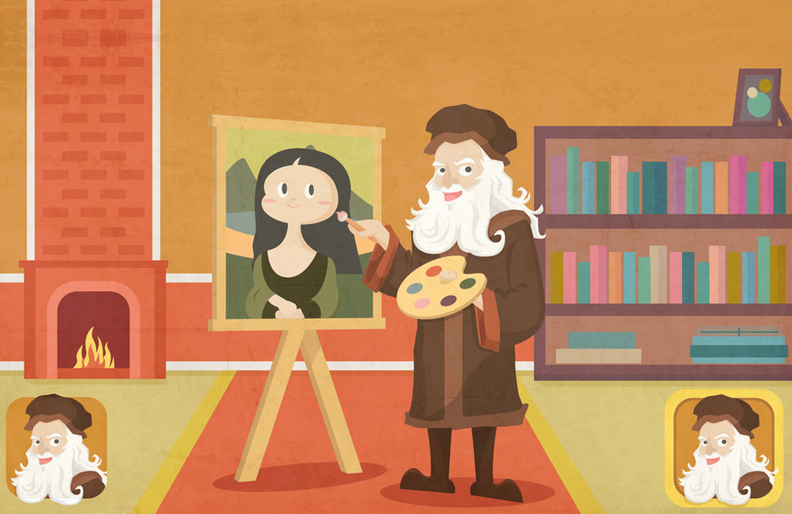 Chandigarh has a special bond with art. With the clean green environs around, artistically designed buildings and houses, the City Beautiful can inspire the artist in anyone. Considering our fondness for art, beauty and harmony, I thought of sharing the interesting story behind Leonardo Da Vinci’s masterpiece, Mona Lisa.

Is she smiling or is she not?

This is the question most researchers, scientists and ordinary people have grappled with over the years. It would be easy to blame author Dan Brown for his blockbuster book and movie, “The Da Vinci Code”, for renewing the public interest in the world’s most famous portrait. The novel imagines all sorts of keys in the artist’s work that unlock mysteries of the ages. But, even before Brown published this book, ‘The Mona Lisa’ has been scrutinize for almost 500 years as scholars have tried to find an answer.
Did you know that apart from interesting history of Mona Lisa’s smile, the painting has gone through a lot (literally)? 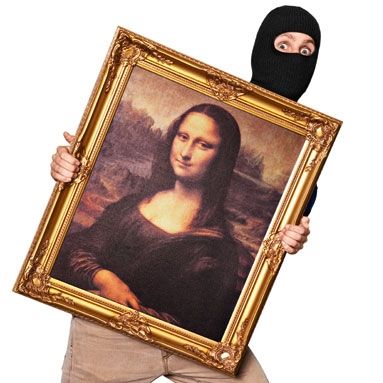 The painting of Mona Lisa had been stolen in 1911 by an Italian thief who took it to Italy. The employees assumed it was removed by the official photographers of the museum and hadn’t reported. Then the frame of the painting was found under the staircase after a week of searching the 49 acres of land in Louvre. Two years later, the painting resurfaced in Florence, when an Italian man named Vincenzo Perugia decided to sell the painting to the Uffizi Gallery for US$100,000! 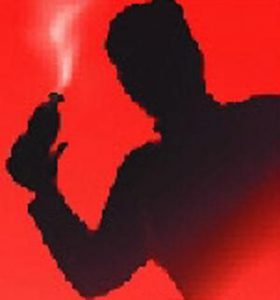 Yes, this lady had that too!

In 1956 Acid was thrown on the lower half of the painting. After that, in 1974 the Japanese gifted a bulletproof triplex glass for the Mona Lisa. Not only that, this supercool bullet proof box has an in-built air conditioner and silica gel which ensures no change in the air condition. Once a year the box is opened to check the painting and maintenance of the air conditioner.

Apart from that it’s enriching history people have always been inquisitive about who was the sitter? Here are a few assumptions of who it could have been.

WHO IS THE SITTER?

Few claimed she was Isabella Of Argon the widowed Duchess of Milan. Suggesting from the ‘widows veil’ on her head.

Others suggest she was the mistress and the veil on her head may have signified as a chastity as most married women wore a veil at that time.

Few other claimed she was the 3rd wife of the wealthy silk merchant, Francesco di Bartolommeo di Zanobi del Giocondo.

For many centuries people thought it could be his male assistant/ possible lover Gian Giacomo Caprotti da Oreno, better known as Salaì.

Ah ha! I bet you didn’t think it could be a self portrait. Interestingly, computer tests have shown some of the facial features that match very well with another self-portrait of Leonardo.

Yes, I will finally attend to the first question I started off this article -“Is she smiling or is she not? ” 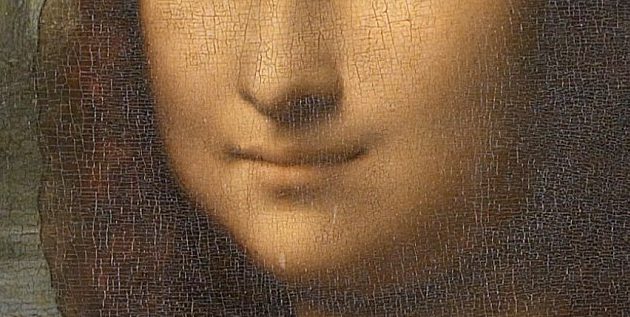 What does the Neuroscience say? (Yes, Science ventures to unravel this greatest Art mystery ever too)

So apparently our eyes do this weird thing where it sends mixed signals to the brain about her smile. The retina basically has different cells that transmit different information to the brain. These cells basically tell the brain about the objects size, clarity, brightness and location. Hence, sometimes these signals get mixed up and the brain sees the smile and other times you don’t.

Well then Luiz Martinez Otero, a neuroscientist at the Institute of Neuroscience in Alicante, Spain say the same thing that,” Sometimes one channels wins over the other and you see the smile, sometimes the others take over and you don’t see the smile.”

There’s another to it too: ‘Peripheral vision’. 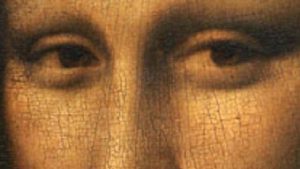 In simple terms – you see the things in front of you, but not clearly enough. So when we focus on one thing on the painting our eyes tend to wander and see another thing but not clearly. I think, Dr, Margaret Livingstone another neuroscientist from the Harward Medical School puts it in an easier way. She says that, “When you glance at the portrait, your attention goes to Mona Lisa eyes, and while your glued to her eyes, you are seeing her mouth in your peripheral vision.”

So now you get it slightly right?

The retina picks up the edges because it’s a curved back surface sensitive to the light. Since Mona Lisa eyes are not exactly in the centre and are a little to the edge of her face, the retina basically picks up the edges up. AND for the finale the RETINA only picks up the things that are in front of the eyes. Hence, we think she’s forever smiling.

Hey Leonardo! You having fun, right? 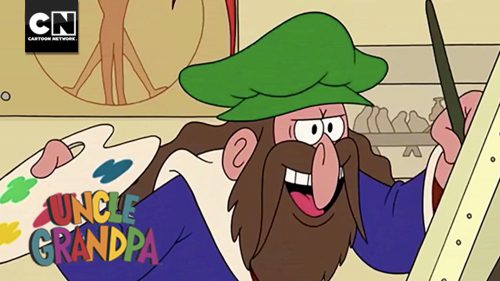 Alas! I think Leonardo is sipping his margarita in heaven laughing at us, thinking ‘These humans are really still pondering over whether she’s smiling or not’. He must have even thought twice painting her face.

Ah! We will never know that for sure. Bravo, Leo!