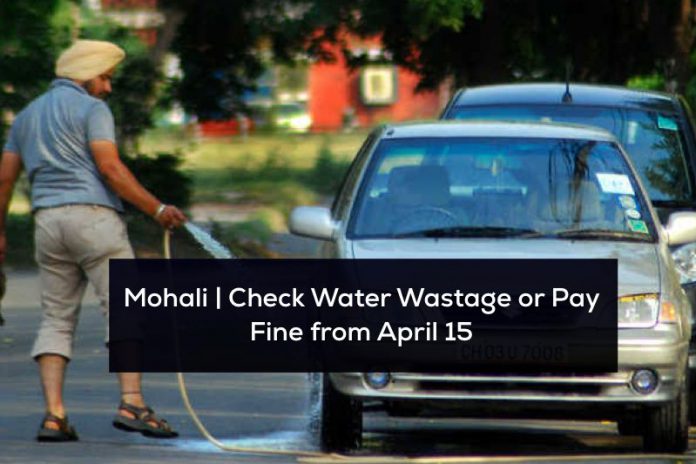 Keeping in view the higher demand of water during summer, Mohali municipal corporation has decided to penalise those who are found wating water in the morning from April 15 to June 30.

As per the notice, watering lawns, washing courtyards and vehicles, etc., is prohibited between 5.30 am and 8.30 am from April 15.

A notice will be served on first violation of order. Second violation will invite a challan of Rs 1000 and on third time will cost Three-time Rs 2,000 as fine. Water supply will be disconnected the fourth time. The defaulters’ booster pumps and hosepipes will be also confiscated.

“Four teams will be on duty to check violations zone wise. Once the water connection is disconnected, it will not be restored until the defaulter pays a ₹5,000 fine, along with an affidavit,” a senior MC official said.

Mohali requires 30 MGD (million gallons daily) of water on an average. Currently, 190 MGD is supplied from Kajauli waterworks and an equal amount from 75 tubewells. From March 31, Mohali will get additional supply of 20 MGD from the waterworks to meet the city’s demand that rises significantly in summer.