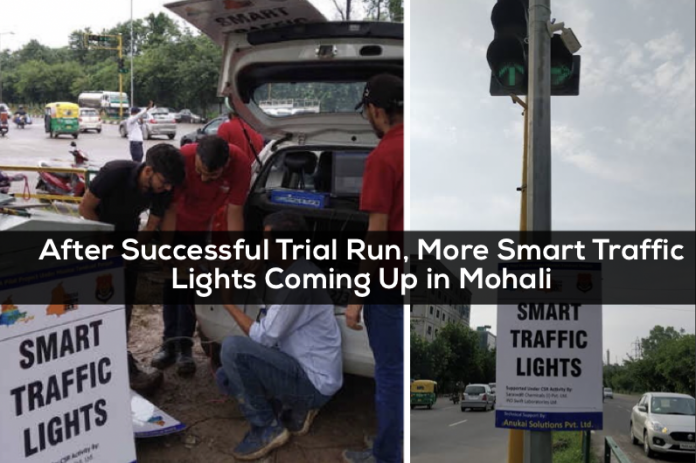 In August 2019, Mohali became India’s first city to boast a 3-D smart traffic signal, Intelights. After three months long trial run at Quark City Phase 8B junction, it has been found successful and now Mohali administration has zeroed-in on four more junctions where it will be installed.

Additional Deputy Commissioner (Development) Aashika Jain has directed the officers of the municipal corporation to float tenders for setting up smart lights.

These fully computerized lights work synchronising feed from camera and sensors on availability and density on traffic on each side of the road. Accordingly, it adjusts the time of the lights signal. Hence, the benefits that have been observed are:

In a meeting on road safety, it has been decided to extend this project to four junctions from the Indian Institute of Science Education and Research (IISER) Sector 81 to Sector 68/69 light point. Tenders for the same will be floated soon.

Sharing other features of the smart signal lights, Jain stated the following: