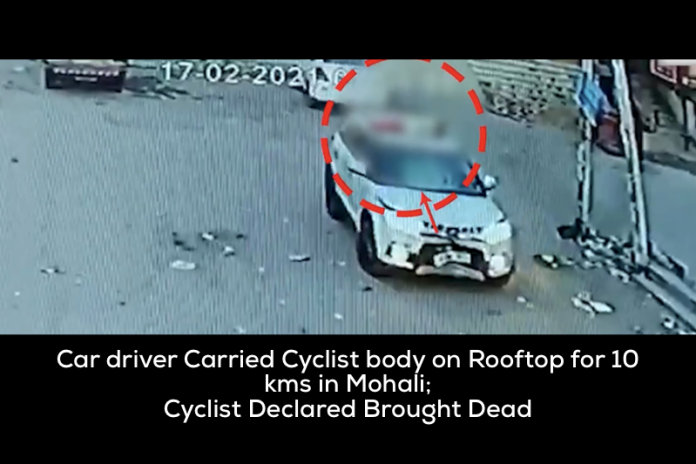 A shocking hit and run case happened in Mohali where a car after hitting the cyclist carried his body for over 10 kms on its rooftop to only dump it later. The cyclist was declared brought dead at the civil hospital.

The incident occurred when a rashly-driven car coming from the Zirakpur side on Airport road hit a cyclist coming from the opposite direction. Such was the impact that the victim landed on the car’s rooftop and the driver instead of stopping the vehicle kept on driving for 10 km. Later, the car driver dumped the body near showrooms near Sunny Enclave and sped away. A passerby informed the police about the incident.

The accused has been identified as Nirmal Singh, a resident of Khamano in Fatehgarh Sahib district

The victim has been identified as Yogender Mandal (35), a resident of Aero City in the city.

The car and its driver have been nabbed on checking the CCTV footage.