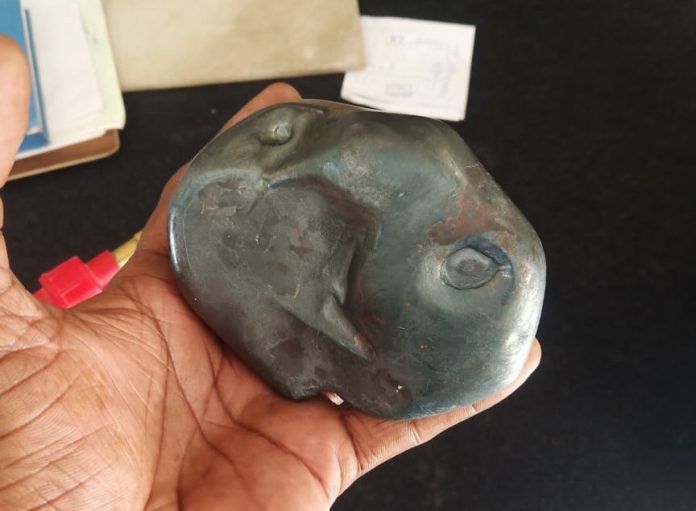 A bewildering incident occured in Rajasthan’s Sanchore town where an object weighing around 2.78kg fell from sky on Friday morning. It made a huge explosion-like sound (heard as far as 2 kms) and made a one-foot deep crater in the earth.

As the district officials reached the spot, they were stunned to see as the object was still emitting heat. When cooled on its own, it was taken to local jeweller’s lab where initial examination confirmed that it had metallic properties of Germanium, Platinium, Nickel and Iron.

Prima-facie it appears to be a piece of meteorite. Team ofgeologists in the Geographical Survey of India’s Ahmedabad and Jaipur office have been contacted for its further examination.

The site of fall has been cordoned off.