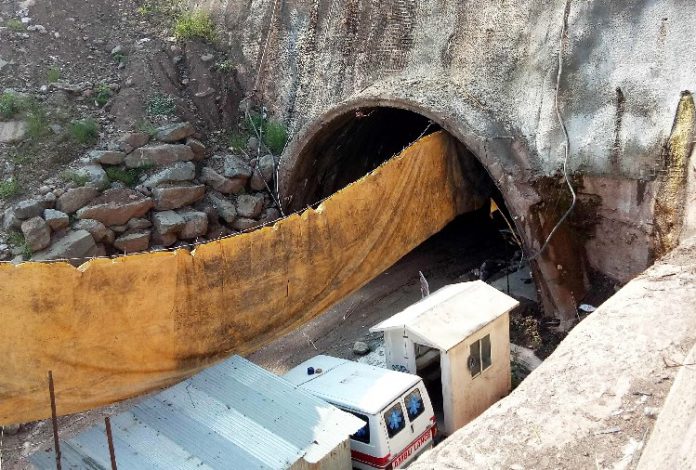 An under-construction tunnel near Shala Nullah in Mandi district collapsed on Thursday. This led to rockslide on the national highway and one of the boulders damaged a car. Fortunately, there was no injury to anyone in the accident.

The tunnel is a part of Kiratpur-Manali four-lane on the Chandigarh-Manali national highway. As per officials, the tunnel is under construction and one side of the tunnel collapsed. Workers standing close to the site escaped unhurt. Looking at the situation, the collapse is ‘big lapse’ on the part of the construction authority.

Rugved Thakur, Deputy Commissioner Mandi, said that the firm building the tunnel has termed such incidents to be common ‘routine activity’ when it comes to construction.

The company directed officials and workers to adopt safety measures to avoid any threat to human life.