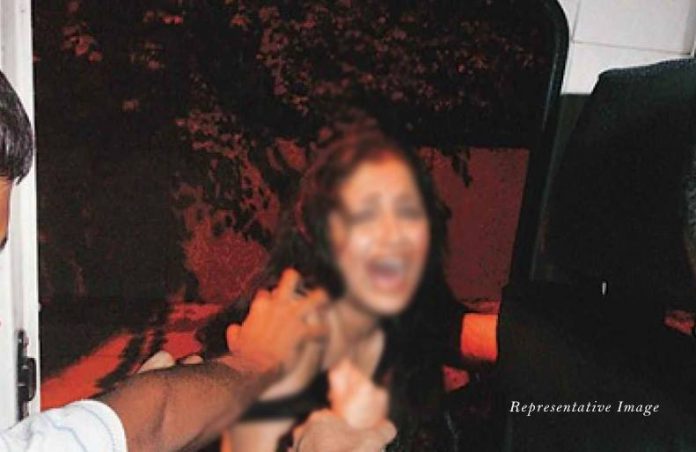 Guarding a women’s modesty is getting difficult by the day. It’s high time we do something about those perverts who objectify women and indulge in such heinous acts. After all, law and women are not toys to play with.

A Woman Again Falls Prey To A Man’s Lust

Safety of women is of utmost priority in Chandigarh. Despite the tight laws, there are people who defy it time and again. However, due to timely public intervention, a major crime was averted. This incident occurred near Hotel Aroma in Sector -22 on Tuesday night around 10.30. A 28-year old lady had gone to a coffee shop to meet her friends. After the meet up, she got to her car and was ready to drive back to her home.

What Happened Next Will Make Your Blood Curdle

As she tried to exit the parking, there was a man fondling himself near her car. As she looked at him in pure shock, the man advanced towards her gesturing in an offensive manner. He started to strip and tried to get inside the car, as the lady frantically tried to shut the doors. However, she could not lock the doors in time. He got in through the rear door, grabbed her neck and tried to overpower her.

Thankfully, The Victim Was Saved From The Mishap

The victim, showing presence of mind, turned on the ignition, reversed the car and slammed it against the vehicle at the back. People who were nearby understood something was wrong and intervened timely. People beat up the accused as the victim narrated her plight. Thankfully the night of dread for the women was over.

The accused has been identified as Ashok Kumar, a resident of Talaiya village in Fatehgarh Sahib.

How The Women Was Saved From The Clutches Of The Offender

As the number of sexual offenders is on the rise, it is essential to know how to handle them. Those who
outrage the modesty of women can be kept at bay by –
♦ Learning self-defense techniques
♦ Installing emergency/women safety apps on your gadgets
♦ Raising public alarm
♦ Public vigilance

It was quick thinking and vigilance of the public that saved the girl on Tuesday.