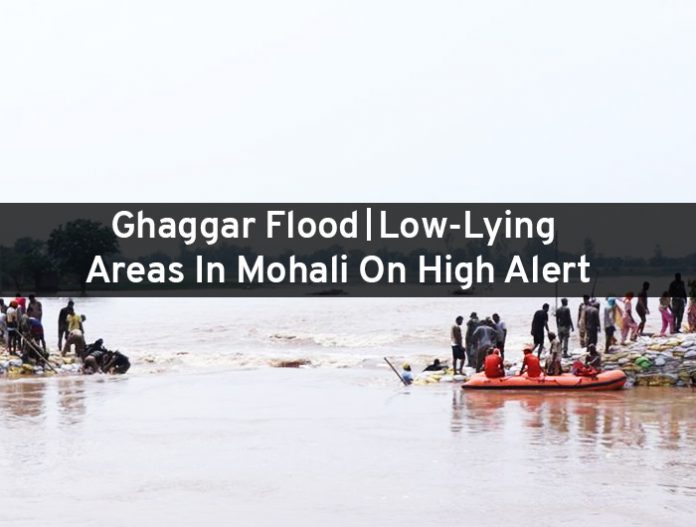 Heavy rainfall from Saturday night has increased water level in Ghaggar River. Water entered inside low-lying jhuggis. This has led to the evacuation of the migratory population staying along the banks of the river near Mubarikpur. If the rain continues for some more days, residents of Mubarikpur and nearby villages fear for the worst.

Around 1.30 PM yesterday near Mubarikpur-Ghaggar Bridge, the Drainage Department recorded about 22,000 cusecs (7 ft) of water released in the river. However, it came down to 4,500 cusecs in three hours. As per an official, the water level mark was below 10 ft. So there was no fear.

The Mohali Deputy Commissioner Girish Dayalan inspected the rivulets. He has reviewed flood control measures in Dera Bassi. As per the DC, the district administration of Kharar, Derabassi, and Mohali are on high alert. Also, officials including BDPOs and patwaris have been asked to remain cautious.

A flood advisory is issued in this regard. It said that people should stay off Ghaggar and remain alert in its low-lying areas.

Following measures of medical aid have been accounted for in case of floods: