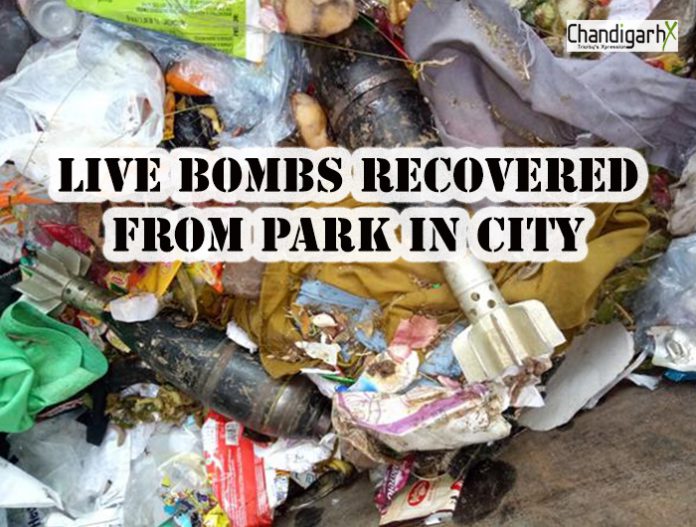 Panic gripped residents of Ramdarbar area in Chandigarh after three live bombs were found in the vegetable ground on Saturday morning. Local police and Army reached the spot and cordoned off the area. After over two hours, police and Army officials took away the bombs with them.

Pawan Kumar, a resident of Ramdarbar, told that he was passing through the ground and when he saw the bombs lying in the vegetable waste in the mandi ground at around 6.30am. Immediately, he informed police control room. Police called up the bomb disposal squad, disaster management team and Army officials on the spot. Police put sand sacks around the bombs and barricaded the area to stop the movement of people.

Sector 31 police has launched a probe in connection with this.