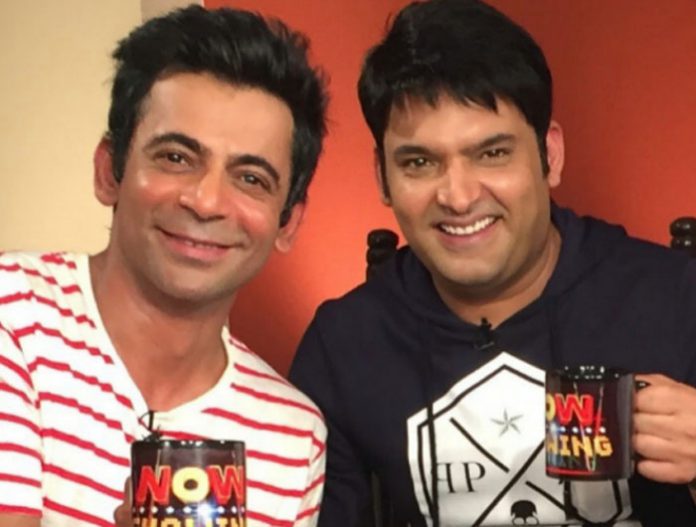 At one time, the Kapil Sharma-Sunil Grover conflict had captured the nation’s attention. This controversy had even made it to the headlines of several national dailies. Bits and pieces of gossip were splattered all across print media and television.

According to the reports, Kapil and Sunil were involved in a mid-air brawl. Subsequently, Sunil quit the show and took up new ventures. As a result, the luster of the show had mellowed down a bit.

Kapil’s health was also deteriorating, which led to the shut down of his flagship show, Comedy nights with Kapil. Kapil had also announced that he would return once he recovers fully from his ailments.

He Is Returning…And With Sunil This Time

It seems that Kapil is back on his feet. He is busy promoting his new film, Firangi, which is due to release on November 23. On being inquired, the comedian said,”Sunil and I haven’t met in a long time, but we chat over messages. As soon as he returns, we will meet up and discuss the possibility of a new show. Hopefully, we should be back together. The rest of the cast members are also ready to come on board.”

We also hope Kapil and Sunil reunite so that the audience can always find an excuse to break into peals of laughter.